Game two was anything but quiet as the game was explosive with a lot of FIHL History being made. It started with the first ever live performance of the national anthem in the FIHL. Kylie Blozouski, sister to Sting Rays forward Braeden Blozouski, did a spectacular job and the FIHL welcomes her to sing the anthem for us anytime she wants! 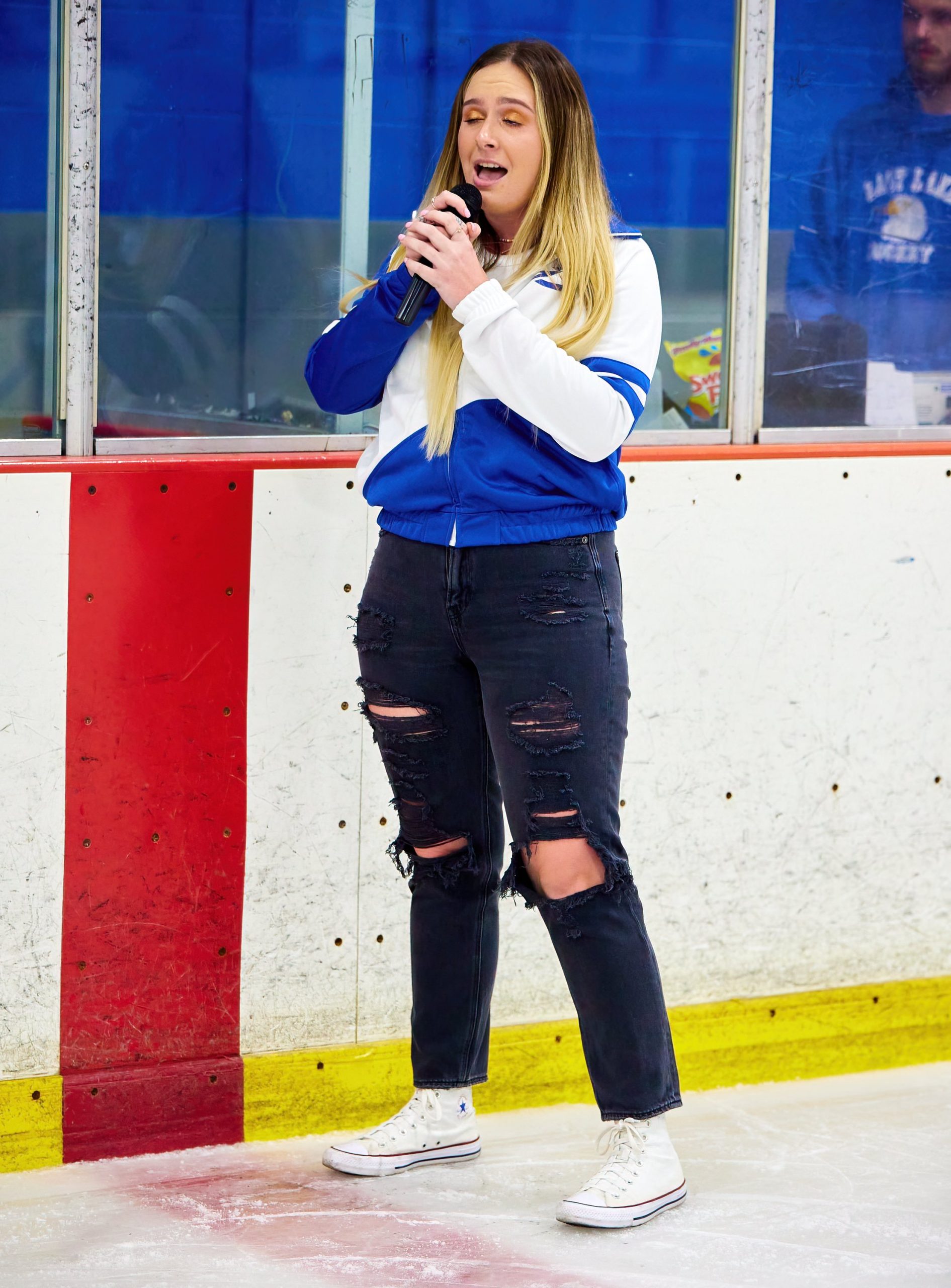 Once the game started, the Sting Rays took it to the Aces scoring four unanswered goals which included a natural hat trick for the Cash Money Man, Chandler “Cha Ching” O’Dell. The mans stick is like a scalpel as he slices and dices goalies for fun. Poweska and Brann would both send O’Dell off to the races for two of the goals and the cap getter would be an unassisted goal. That was followed up by O’Dell returning the favor to Poweska slipping him a pass in the slot for a goal of his own and with still eight minutes left in the first stanza the Rays were up 4-0. The Aces came back though and score three unanswered goals of their own to close the period and just like that, we had a ball game! Aces new comer Alex Macris would score on a nice play with BFF Connor Johnston Ferris and the Aces were on the board. Two more goals both scored by Zachery Tate made it a game, assists on the first of his two goals, A. Macris and Jonathan DelaCruz. Our official furthest living full time player got the assist on Tate’s second goal. Chase Sterling who comes from Alabama to be on the Aces Roster gets his first point in the FIHL in his debut. Your score at the end of one period, 4-3 Sting Rays. After that rowdy first period the second stanza was uneventful outside of some jousting and a few penalties, with the exception of the Aces tying the game on yet another FIHL first. Connor Johnston Ferris with under a minute left in the period–short handed– would take a slap shot–from behind the Aces goal line–that some how ended up behind Rays netminder Ty “Top Carney” Schmidt for the longest goal in FIHL History. So the period ends in a 4 goal deadlock on that crazy slapper and we head to the third having no idea what could happen next. The Rays come out swinging with two goals in the first three minutes with O’Dell’s finger prints all over them. He sets up the first one which was scored by Logan Brann and then takes a Matthew Babcock pass off to the races and scores his fourth goal of the night putting the Aces are right back in the hanger. They would pull within one again with about six minutes left when Jonathan DelaCruz would walk in the zone and send a puck on net that had eyes for his first goal in the league. Unfortunately, for the Aces, it was answered twice in a mere thirty seconds later as Joshua Guay would go end to end for the eventual game winner and Chandler O’Dell would score his fifth on the night. After a melee in the Sting Ray crease that saw Michael Macris receive his third and fourth penalties on the night in his debut for un sportsman like conduct, the Aces would get another short handed goal from Connor Johnston Ferris to make it 8-6 with a minute to go. The Aces pull Tate out of the nets for the last ditch effort and the man of the night racks into the empty net his FIHL record sixth goal of the game for the emphatic power play. The eight point night for O’Dell puts him at 8-3-11 totals just two games in and the league is officially on notice. O’Dell wants the scoring title. Who will stop him? Your final score 9-6 Sting Rays over Aces in a wild one!!