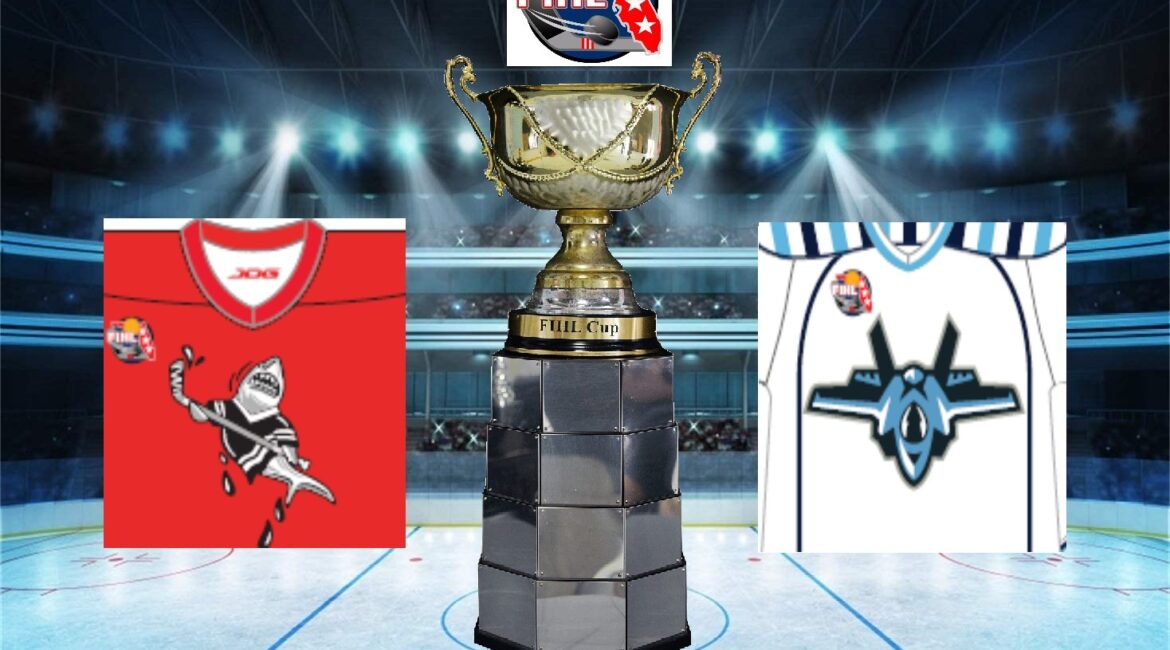 The Aces won their second straight game over the Minute Men to advance to the FIHL Finals.

After game two between the Aces and the Minute Men, game three was expected to be a battle and a battle it was. The Aces came out quickly with their first goal just two minutes into the game. Jack Zerfass pinched in from the point to grab a loose puck and made a quick pass to the slot to a waiting Maddox Fox who had plenty of time for the tee up and sailed the shot over the left shoulder of Maddison Saunier. Things would settle a bit after that quick strike but the Minute Men would answer back five minutes later as Side Show Bob would throw a puck to the side of the Aces net and somehow it slips past Costello for the equalizer. The Minute Men would then take the lead on their first of three power play goals on the night as Georgie B. Good would finish a nice tick tack goal with line mates Vlad the Dad and Side Show for the go ahead goal. The goal came just a minute and a half after the Minute Mens first goal. The Aces called on Josiah Martinez to load the missiles for two quick strikes late in the first to regain the lead and end the stanza with a 3-2 Aces lead. Martinez first strike was a laser from the bottom of the circle that caught net on the far side, an incredible shot.

In the second period the Aces would grab another goal to expand their lead to two as Gus The Bus Komarek would skate out of of the corner unscathed and jam the puck past Saunier. The Minute Men would respond as special teams answered the call as Max Mondo would score his last goal in a Minute Men uniform, driving in from the point. Costello makes the save but Max would slip the rebound past him as he tumbled to the ice and the Men are within one. Nearly four minutes later the second power play unit would net their own goal as Alex Noti scopes the open net off a rebound set up by Kyle Fanelli and Robert Scire. The stanza would stay dead locked at four goals each and we head to the third.

The period went back and forth with each team hitting the pipe and many chances somehow staying out of the nets. With two minutes left in regulation, the Aces break through on a turnover just inside the blue line to keep the puck in and press the net. The puck gets pushed in by Maddox Fox for his second goal of the game and Jaxon Law gets the insurance goal even strength just one minute later and the game ends with Aces dipping their wings as they head to the Finals game one against the Sharks.

For their series, The Minute Men and Aces both went four for fourteen on the power play. Josiah Martinez racked up five goals and six assists for eleven points and George Brkljacic tapped in six goals with four assists for ten points. The series marks the first FIHL playoff series to go the distance. Next up Aces vs Sand Sharks 6:15pm @ TBSA, 6/6/2021!!!