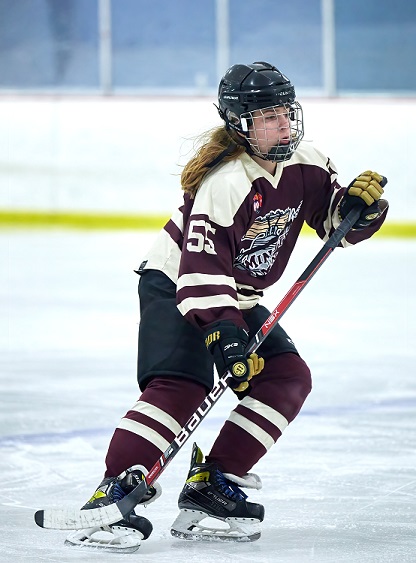 The Aces beat the Sting Rays and the Sharks cool off the hot handed Minute Men to tighten the standings.

The Minute Men vs Sand Sharks game that was slated for 7:00pm Saturday was rescheduled to Sunday at 4:30pm due to a power outage so we begin this weeks recap with game two, the Aces vs Sting Rays as that game was played as scheduled. It was a massive back and forth battle as the two evenly matched teams went to work. There was no scoring and equal shots on net all the way to first goal which was scored by the Aces at the 12:49 mark of the first period. Connor Johnston Ferris scores his eighth of the season on a coast to coast, butter and toast play. Before the announcer could finish announcing the goal, the Rays struck back as Chandler O’Dell would score his fifteenth goal of the season. Just ten seconds after the Ferris goal, Joey Poweska and returning Sting Ray Fan Favorite Erik LaFlamme would work the puck to O’Dell in front for the shovel in. Things went back to tight play the rest of the period and it ended 1-1.

In the second period the Rays struck first on an early power play at the 18:24 mark when O’Dell takes a Matt Babcock feed from behind the net for his second of the night and league leading sixteenth goal of the season. Much like the first period, seconds later the opposition would strike. Returning Ace Jaxon Law would take a blocked shot and drive it to the net for his first of two on the night. From there the Aces would score two more to open up a 4-2 lead. Michael Macris would score as the Aces work the puck around the zone with Ferris and Law getting the helpers. Nate Salazar would get the fourth goal of the night for Aces as he walks in from the point and snipes one over Cribbs shoulder for the tally. Cribbs had just made an unbelievable save on the previous shot, but the Aces Law and Ferris continued their good puck play to feed last seasons championship MVP. The Rays came back with two quick strikes to tie it though and it was clear this was shaping up to be a hard fought game. Aidan Lingo gets sent on a breakaway by Savannah Scianna and buries it past Aces rookie net minder Keegan Lentz. Less then a minute later, the tying goal comes from the stick of Erik LaFlamme as the Rays Chandler O’Dell and Matt Babcock match the Aces puck possession game pass for pass setting up the goal. Once again, within mere seconds, the Aces scored to break that tie when Jax Law finishes off an amazing touch pass from the slot from Ferris to the back door for the tap in. Michael Macris made the hard pass to Ferris from the side wall and Ferris made a slick back handed one touch to the waiting Law. The third second period would end 5-4, Sting Rays.

In the third the Aces and Sting Rays battled half the period with no scores. With just about eleven minutes to go, the Aces broke the ice. Nate Salazar scores his second of the night unassisted and the two goal lead is restored. They would stretch that lead to three with just under five minutes to go as the MBI, (Macris Brothers Incorporated) would tally goal number seven for the Aces, Michael setting up Alex. Matt Babcock would close the gap back to two just under a minute later from a Savannah Scianna feed to close out the scoring for the Sting Rays. The Aces added a last second goal on a real nice passing play that saw Ferris tap Delaney Zerfass in her first game this season who in turn made a snap pass to Michael Macris on the back door for the easy one timer. That was it for game one, your final score, Sting Rays 5 Aces 8. The Sting Rays and Aces had 44 and 43 shots on goal respectively. The Rays were one for four on the power play while the Aces were zero for three.

In the Sunday game the Sand Sharks signed one new player and added two prospect subs to the line up and it added quite the punch! The Minute Men came out and dominated zone time and puck possession but failed to cash in on multiple chances. After Wyatt Frontiero would take a lazy mans hooking penalty and subsequently benched the remainder of the period, the Sand Sharks went to work. They started with the power play as Jayveer Doad would score an end to end rush to score on the Sand Sharks first shot of the game to make it 1-0. Matthew Clark would score his first of two on the night next getting assists from new comer Gunnar McLellan (s) and Jayveer Doad. Doad scores again on a feed from behind the net off the stick of McLellan who was sent into the zone by Oliverio. The Sand Sharks capped off their scoring in the first stanza when Joaquinn Frasquillo jammed home a one timer in the slot from Doad who was fed by Phenex Hauver. The Sand Sharks scored all four goals in a seven minute span on their first seven shots of the game taking a 4-0 lead into the second period against the first place Minute Men.

The second period rolled around and after a tongue lashing by the Minute Men head coach the Militia went to work. It took ten full minutes of the period and a power play for the Minute men to crack the Sand Sharks Goaltender Jacob Otto but they got it done. Ryan Compton(pictured) would win the face off to the left of Otto to Scott Mezack who would would kick it back to Compton for the ripper that went top shelf for the goal. The goal would be the first of two on the night for Compton and his first of the season. The Sand Sharks score less then two minutes later as Gunnar McLellan takes the break away and buries it past Thompson to restore the four goal lead. With two minutes left in the period Wyatt Frontiero intercepts a Sand Shark clearing attempt and the hardest shot in the FIHL results in a shot that Otto gets but still goes through him for the goal and the Men are back to a three goal deficit. With thirty four seconds left Frontiero makes a play to Brenden Burgess who walk in off the blue line and rips a shot over the shoulder from the top of the circle and the deficit is quickly cut to two. The period ends 5-2 Sand Sharks.

The Sharks get the first goal of the third period at the 15:58 mark, and it would be their last goal of the game, and the eventual game winner. Matt Clark gets his second of the game right off a face off as Dylan Sinclair (s) wins the draw back to Hunter Chace who feeds Clark for the shot that would win the game making it 6-3. Ryan Compton would get his second as Wyatt Frontiero sends him off to the races. Compton would take his own rebound and score on a wrap around. The goal doubles his scoring output from last season, this was his first game on forward as a Minute Man. With seven minutes left George Brkljacic backhands home a Connor Hill (s) rebound and with a lot of hockey left, the Sand Shark lead was just one. The Minute tried and dominated, but just couldn’t get the last needed goal to tie the game. Both teams scored on the power play with the Minute Men going one for five and the Sand Sharks going one for four. The Minute Men out shot the Sand Sharks 56 to 24. Thompson who was second in the league in save percentage with the most games played, drops down to fifth thanks to a dismal first period. That is all from FIHL Head Quarters, we will see you all Saturday in Ellenton!