Aces Crash and Burn vs Sharks, Minute Men out Dueled by Rays! 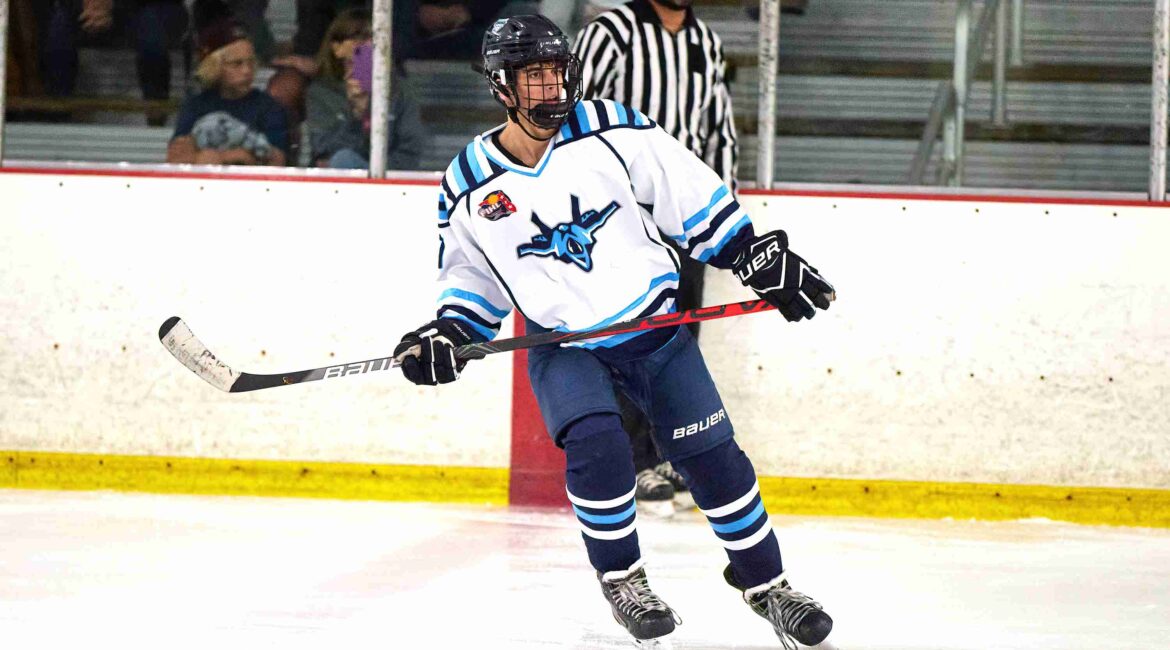 The FIHL was back at TBSA on Saturday, February 27 with the Sand Sharks taking on the Aces and the Sting Rays versus the Minutemen.

In the first game, the Sand Sharks defeated the Aces 12-3 in a game that was tight in the first period before the Sharks swam away with the game in the second. The Sand Sharks got on the board less than a minute into the game on a goal by Nathan Souza (assisted by Andre Bobowicz). The Aces tied the score less than two minutes later on a goal by Gavin Frost before the Sand Sharks’ Souza/Bobowitz combo struck again with 12:19 left in the first period. The Aces answered with a goal by Nathan Salazar with 7:15 left in the period that tied the game until Nolan Borek put the Sharks ahead 3-2 with 0:26 left in the first period. The second period was all Sand Sharks as they put up five goals (Borek, Callahan Cady, Patrick Dary, Souza, Bobowicz) to take an 8-2 lead. The Sand Sharks continued to add to their lead with four consecutive goals in second half of the third period (two by Souza for the hat trick, Jordan Chapman, and Cameron Smalley) to take a 12-2 lead. The Aces added one more on a goal by Jaxon Law with 4:31 left in regulation for the final score of 12-3. The Sand Sharks’ notable performers were Souza with five goals and one assist; Bobowicz with one goal and four assists; and Smalley with one goal and two assists. Shots on goal were Sand Sharks 54, Aces 42.