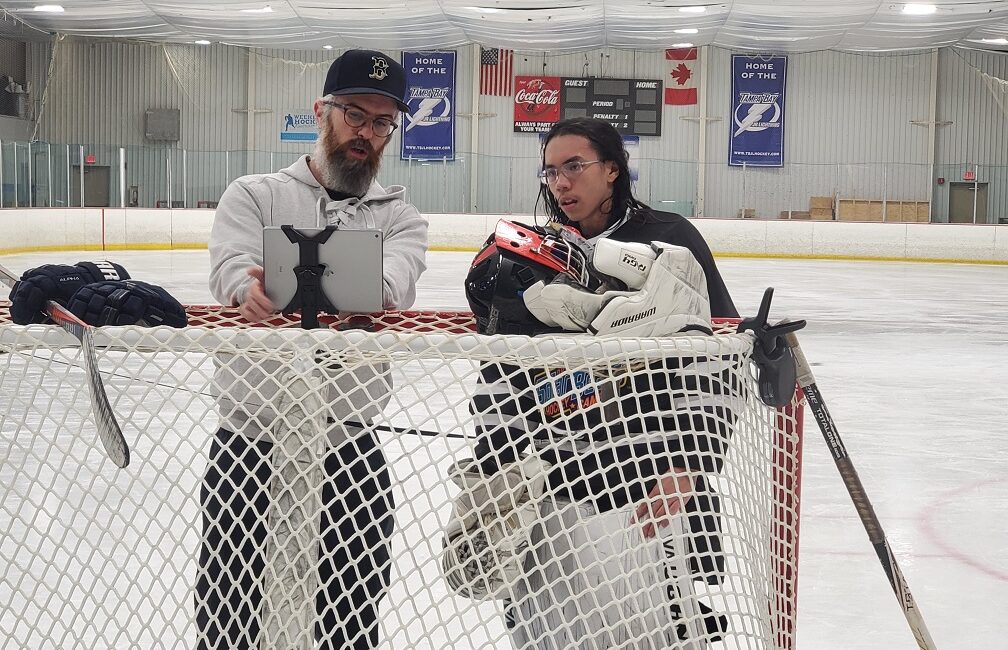 The first full six weeks of games are over and each team has played each team twice and the competition is still mixing.

The standard to keep balance for the FIHL and keep the league competitive through trades and free agents is a fickle one, but we are six weeks in and things are pretty tight. This will be an abbreviated recap as this is an incredibly busy week for league officials for both league and non league hockey related issues. Every team in the FIHL can use a little more punch and while there are only a couple of spots left, we have a large sub pool which is nice, as most of the subs are A level players. So while new inquiries happen and evaluations take place for which team gets the remaining slots filled, we have players the are helping keep the league competitive and fun.

In week six, game one, it was the Sand Sharks showing some teeth as no subs were available for them and the main stay rostered players went to work early, much like last week vs the Minute Men, scoring four goals in the first period of play. Jayveer Doad led the Sharks with a hat trick and Matthew Clark and Jonathan Cholnik both chipped in two each to lift the Sharks over the Sting Rays. Chandler O’Dell also had the hat trick to add to his league leading Goal tally, now at 19 goals in 6 games. Matthew Babcock (s) knocked in two goals as well to help the lost cause as the Sharks ended up with a 10 – 6 win in the first game of the season at the Ellenton Ice Sports Forum. The Sting Rays went two for five on the power play and continue to dominate the league on the man advantage. The Sand Sharks went zero for four. Jacob Otto who owns all three Sand Shark wins climbed up to third in the league on the goaltending depth chart.

In game two the Minute Men went down early and often to the Aces and had to burn their only time out to stop the bleeding after three goals before the first stanza was even half over. The Macris Brothers in conjunction with Connor Johnston Ferris have become prolific for the Aces and took advantage of a depleted Minute Men unit. They combined for six goals as each of them potted two a piece. Chase Sterling wound up with a goal as well to cap the seven goals to four win over the Men. Brenden Burgess potted two for the Minute Men and Andrew Harmon along with Julian Wojcik got the other two goals for the Militia. Wyatt Frontiero was pointless for the second straight game as he is snake bit as well as being busy on the back end defending the speedy broccoli chopping Ferris Wheel. Both teams came up empty on a combined eleven power play opportunities. Frontiero and Macris the younger spent ten minutes in the box this week and used the opportunity to get to know each other better, holding a player empowerment therapy session, good stuff there.

The Goalie Clinic Sunday Night was excellent and for the four tenders that could make it, great job! Many thanks to Glen Murphy for instructing our FIHL netminders! I plan on doing another one soon. As for the rest of the players I am going to stress to you that you need to show up for practices. Coaches are trying to teach you how to be better players in games and it does not happen unless you show up for work.

That is this weeks update. Games this week are at TBSA and feature The Aces vs Sharks at 615PM and Minute Men vs Sting Rays at 830PM.

Payments need to be made, ice needs to be booked.