Coming Down the Home Stretch News and Notes!! 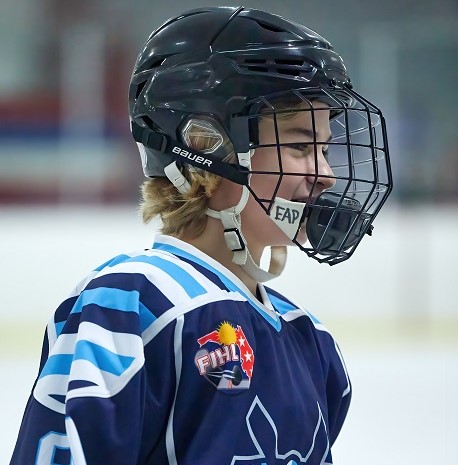 The FIHL is heading down the home stretch as we take a look at news and notes for what will be week eighteen of the unprecedented twenty five–full games schedule inaugural season of the first ever AAU Hockey League in the State of Florida, the Florida Independent Hockey League! The season included a full All Star Event to which a report is still forthcoming on. The event was full blown with a combine style skills event and a full game, fully photographed by Francis Fedor of Fedor Photography. We now head into the final seven games where teams will look to perfect their rosters and game play. It has been a great season so far, now without a few bumps here and there but in the end, a great debut season for a better way for youth hockey! So here we go…

This weeks games feature the Sand Sharks taking on the Aces and the Minute Men taking on the Sting Rays. Both games are scheduled for Clearwater Ice Arena and slated to start at 3:15pm. The Sand Sharks have had a mixed bag–albeit a very capable mixed bag, since the team was retooled after releasing eight players four weeks ago. They will be short benched this week as several players are playing this weekend in the SAHOF League Championships for Daytona. Goaltending duties for the Sand Sharks are yet to be determined as well and it could be a prime game for the Aces to steal a win against the leagues best team. The Aces will be without their top scorer in Josiah Martinez as he will be participating in the ECEL Tournament in West Palm. Martinez has played in all seventeen games of the season for the Aces racking up 28 – 15 – 43 totals and also took home the FIHL ALL STAR MVP. Also out for the Aces will be the U16 Alliance duo of Leah Klingel and Delaney Zerfass. In the second game, the Minute Men will try to grab a win against the sliding Sting Rays. The Rays have given up one hundred and forty six shots and twenty six goals in the last two games, falling into third place as a result. If the Men are to win, they will have to do it without their top scorer. Wyatt Frontiero has compiled an impressive twenty two goals and eleven assists for thirty three points–all from defense, in his seventeen games played. He heads to West Palm for the ECEL this weekend along with Martinez from the Aces, in a bit of a slump however as he was unable to get a single point in his last two games, both losses for the Minute Men. The Minute Men will also be without the services of George Brkjlacic and Side Show Bob as they will be in Fort Myers for SAHOF Championships. On the Rays side, they will be looking to right the ship but will have to do it without Jason Cribbs as he also heads to West Palm for the ECEL Tournament. Cribbs signed full time with the FIHL after the Rays stalwart in net Ty Schmidt went down with a knee injury several weeks ago. Two teams trying to get a win without key players, will prove to be an interesting matchup.

Injury Report: The FIHL has learned just yesterday that Ty Schmidt is going to require surgery and has been placed on the permanent disabled list for the remainder of the season. His surgery is scheduled for April 1, but he expects to come to the games this weekend to cheer on his team. Hayden Kimmel, also for the Rays is day to day with an upper body injury.

New additions: The FIHL signed Christian Sherman to a pool player contract last week as he skated for the Sand Sharks, picking up an assist in a 6-3 win over the Minute Men.

FIHL Family: Coach Souza of the Sand Sharks lost yet another family member this week and will be traveling again for a funeral. Please keep that family is thought and prayer as it has been a rough ride for the Souza family in 2021. Coach Beaudin also of the Sand Sharks was named the new Director of Hockey for the Tamp Bay Junior Lightning SAHOF organization. Congrats to coach Dave as our alliances with and to the FIHL strengthen in the Tampa Bay area hockey world!

That wraps up this update, I will be in West Palm but I expect all things to run smoothly this weekend at CIA and wish all the players in the FIHL, those traveling for tournaments, and those playing for State Championships the best of luck and safe play. I have included some recent galleries from Francis Fedor here for you pleasure, please support Francis, he works tirelessly for our players and keeps my addiction to Swedish Fish during the games full tilt.