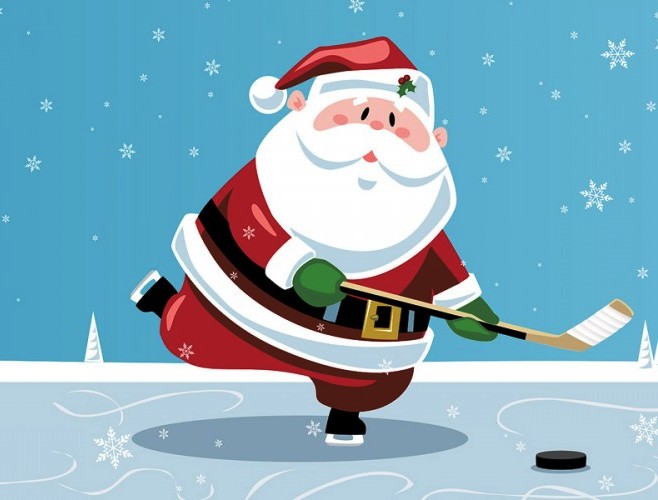 The FIHL celebrates Christmas Saturday with a fun for all FIHL Family Skate at 315PM at TBSA before the slate of games. This means that any family and friends of the FIHL can come and skate in a private session with their favorite FIHL player! Included will be lots of raffles and prizes and Holiday Cheer will be in full swing! Make sure you wear your best Christmas sweater as their will a prize for the best one! There will also be a prize for best elf and best Santa! We hope everyone comes out to celebrate the league and the holidays!

Following the Family time, the games will be played! Starting at 5pm, The undefeated and seemingly unbeatable Sand Sharks will take on the second place Aces. The Aces knocked off the surging Sting Rays last week in what may have been the hardest hitting game of the season in a 5-4 showcase of what the FIHL is all about. Knowing when and who to play the body on, and playing it clean, shows respect for the game and the players that play. Last weeks tilt between Aces and Rays was where the FIHL wants to be and we hope it continues this week as the Sharks will roll into town looking to keep the undefeated season rolling.

The Minute Men played in a penalty filled affair last week vs the Sharks that saw two players escorted to the lockers early, and each team amassing 28 minutes in sins. For the Minute Men, they face off against a strong Sting Rays team at 730pm and will have to refocus on good hockey to get the win. The Sting Rays are a formidable team and are improving with every game while the Minute Men are still looking to insert themselves as such. This game has all the markings of a main event and should not be missed!

We hope everyone comes out for the games, the family skate before and enjoys the fun. The split the pot starts at $225.00 this week and we will also be raffling off lots of prizes and goodies! Come on out!!