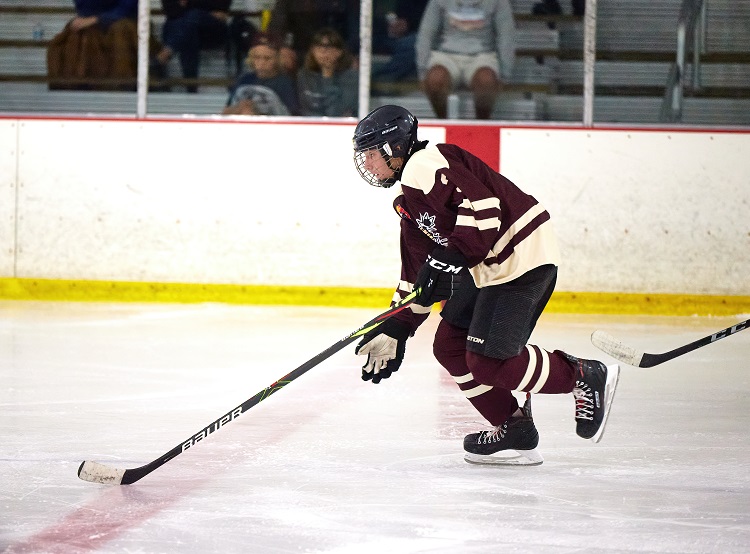 Sting Rays drop their eighth straight game while the Aces beat Sharks in final games before the Christmas Break.

This is the Christmas wrap up for the FIHL. Two games on tap this past Saturday with our first contest being between the Aces and Sand Sharks. The game was well played with no scoring for the first 7 minutes or so, both teams feeling each other out but the first goal set an FIHL record. Lex Petrov iced the puck from his own goal line, shorthanded, all the way down to Aces netminder Phillip Tate. Tate has the best save percentage in the FIHL but mishandles the rink long clearing and puts the puck into his own net, giving Petrov his first goal in the FIHL, shorthanded, and yes, the longest goal in FIHL History. The game continued on with the continued chess like style until the Aces broke through with a goal to tie. Connor Ferris would send off the little ball of hate, Michael Macris on a breakaway for the goal. The Sharks score a last second goal as Jonathan Cholnik takes a behind the net feed from Jayveer Doad and puts it over the shoulder of Jacob Otto, and the Sharks take a 2-1 lead into the second period. The goal tested the weak knee of Phillip Tate who would call it a night and was pulled for the injury, making way for the rookie phenom of the FIHL Keegan Lentz. It was not a good period for the Fish as the Aces score three goals in the first five minutes of the period to take a 4-2 lead. The MBI (Macris Bros Inc.) would combine for the first two goals, Alex assisting Michael on his goal, and Alex unassisted for his goal. The FIHL Broccoli Express scored next after the puck was sent up the wall by Jonathan DelCruz for the Aces third goal in a row. But the Sharks would get the next one as Cholnik would return the favor to Doad for his first of three on the night, making the game 4-3 Aces on the power play, cutting the Aces lead in half. The final goal of the second period came as the Ferris Wheel of Love would get his second of the night-shorthanded–unassisted, and the period ends with the Aces up 5-3. Ferris would open the third period with his third on the night in the first minute of the final stanza. Zachary Tate would send him off to the races to beat Otto with a slick upstairs backhander and the Aces are up 6-3. Lots of time left and the Sharks would get the next two to close the gap to 6-5. Jayveer Doad bangs home a Lex Petrov pass to the slot from the half wall, fed to him by Frasquillo at the point for his second of the night, at the fifteen minute mark. Julien Mesa grabs the next goal on a nice snipe after touring the net, nearly ten minutes later on a power play, closing the gap to one. With the Sharks pressing hard in the final two minutes, Tate springs Ferris again for his fourth straight goal, regaining the two goal cushion for the Aces. The Sharks would refuse to go away however as Doad completes his hat trick on the night just thirty seconds later and it is back to a one goal hole. The Sharks would pull Otto in an attempt to tie, but Tate springs another Ace for the empty netter, his third assist on the night, and with Michael Macris getting the final nail in the coffin, the Sharks lose this one 8-6. The Aces were 0 for 4 on the power play while the Sharks went 2 for 2 on their man advantage opportunities.

In the evening closer, The Sting Rays were without their top scorer for the second week in a row, and while Aidan Lingo would step up for a hat trick, it wouldn’t be enough to overcome the steady as they go Minute Men. The game was quiet on the penalties side of things for the Rays but the Minute Mens Jonny Motta had three penalties on the night–one of them a penalty shot, as the burly defensemen back checked the feet right out from under a Rays forward enroute to the net. In the first period it was all Minute Men as they would score four goals in the second half of the opening period. The first was the Birthday Boy, Connor Hill as he was sent away on a nice passing play by Burgess and Noti. The second just seconds later was on the power play as Motta makes the D to D pass to Frontiero who creeped in to take advantage of the screen and snipe the corner of the net on a wrister that Cribbs never saw. The third goal had Motta going coast to coast after some hard work by Compton to poke the puck in his direction, he beats Lentz like a government mule to make it 3-0. The final goal of the period would be another Hill tally, his second, unassisted and we head to the second with Rays in a state of disarray and down 4-0. The Rays got good coaching in the break it seems because they came out and scored three in a row to pull within one. Babcock starts it off with a coast to coast rush beating Thompson clean. That was followed by the earlier mentioned penalty shot which Aidan Lingo would cash in on for the first of his hat trick. Lingo gets the next one for his second, from Talbot and Babcock and we have a one goal game. The Minute Men would answer though as Ryan “I only Score as a Forward” Compton gets his third of the season tipping in a Mario Romero shot, and with Cody Mello also getting an assist, the two newest players in the FIHL have their first points in their second game played. With :43 left in the period, Connor Hill caps his hat trick from Alex Noti and the Minute Men would not score another goal the rest of the night. The 6-3 lead going into the third would hold though as only Aidan Lingo would put one past Thompson to cap his hat trick, making it 6-4. The Rays would pull Cribbs with two minutes to go but couldn’t get what was needed to close the gap. The Rays who have the best power play in the FIHL would have a two man advantage in the final minute thanks to Mottas third penalty, but to no avail as the Minute Men would miss three chances at the empty net, using up the time and the game ends 6-4, Minute Men. The Sting Rays went 2 for 6 on the power play while the Minute Men cashed in on one of their two chances. Both Goaltenders finished with save percentages over .900 as the Men put up 62 shots on Cribbs while the Rays had 47 shots on Thompson.