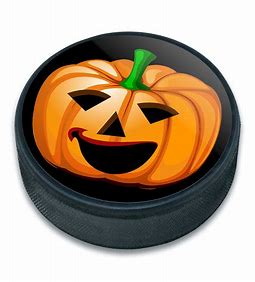 The FIHL Week 3 falls on Halloween and with two very spooky match ups, it promises to be a very scary night! Up first will be the Sand Sharks and Aces. The Aces will be looking to put together their first ever back to back wins as they are coming off a 5-4 win over the Sting Rays, one where they withstood a third period onslaught including a late goal by the Sting Rays with the goalie pulled. It won’t be an easy task as the Sand Sharks roll into town touting a massive average of 15 goals per game after their very fortuitous win last week over the Minute Men last week, scoring 7 goals in the final 10 minutes of the game. While the Sharks will be looking to continue the hot streak that is the start of that franchise, the Aces will be making changes to their lineup in efforts to scare the sharks away. Coach Lee, “We are expecting the debut of the FBI, (Fox Brothers Inc.), Jaxon Law should be signed by game time and in the line up, Side Show Bob is out as we traded him to the Minute Men, and the Lady Aces are in West Palm for Alliance work so we will be definitely have a different look for this game.” The Sand Sharks should see the return of Beaudy Beaudin who was out last week with Sahof games and that only adds to the Aces work load as Beaudin is one of the trickiest players in the league to play against. Expect this game to be a wild one, puck drop is at 4:45pm at TBSA.

The Minute Men will face off against the Sting Rays who are looking to garner their first win of the young season. Coach Guay was on the phone with me yesterday and had this to say, “We have two new possible players for this weekends games that would add some much needed depth to our line up. I think we have a good shot against the Minute Men.” The Sting Rays could also be signing another power forward in the near future that is on their radar but it is a for sure that it will not be for this weekends games. Coach Frontiero had this to say on the matter, “We are definitely looking to rebound after what should have been a win last week for us. We are bringing in Side Show Bob for his debut and there is a possibility we could also be signing a free agent today as well. Bottom line is we need a little more help on the D and a little more depth on the O and I might just get that today.” Fan favorite Scott Mezack will be dropping back to defense tonight with the addition of SSB and this mystery free agent Frontiero speaks about appears to be another forward but we will have to see. Puck drop is at 7:15pm at TBSA.

The FIHL has plans for the fans this weekend also as it is indeed Halloween night! The ticket table will have freebees for the fans and treats for the kids including a special prize for the best costume of the night! As always there will be our split the pot and ya just never know what else can happen at these FIHL games! Tickets are 5 dollars each at the gate and all proceeds goes to the promotion and benefit of the players in the FIHL. We hope to see you there and encourage everyone to dress up, come trick or treat and watch the games of the FIHL Halloween Spookdracula!!