FIHL Season I Celebration and Awards this Saturday at McDivots!! 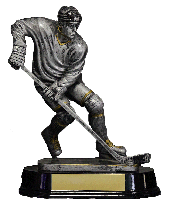 Saturday night at McDivots the FIHL will celebrate the players of the FIHL and their accomplishments in the Inaugural Season. Some forty six awards and appreciations will be presented by the league to its players and supporters. Nearly fifty players from across the four team league received votes for some of the most coveted awards and league recognition awards. Below are the names of the players that received votes. For the presentation of the major awards, the top four vote getters will be highlighted by their coaches as the respective award nominees before the winner is announced.

“We want to celebrate the players. The league is about them. They earned the right to celebrate what they did and how they made this season for the FIHL a reality and a success.”

The event at McDivots will be simple. The players and their fans will simply order what they want to eat like any other night. Once everyone has eaten we will dig into the awards and begin to recognize the players. Dinner will be at 6pm with the Awards most likely to start about 8pm. RSVP your spot to Coach Chris at gototheant@aol.com and come enjoy the celebration!!