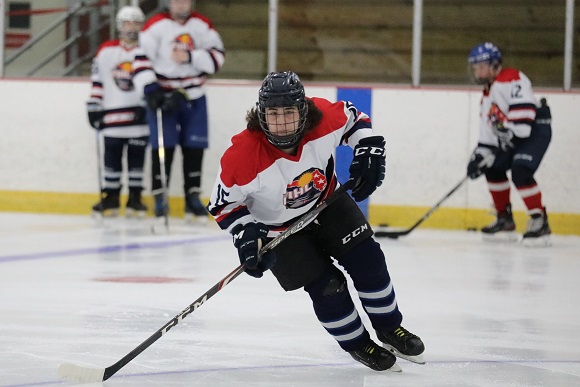 The FIHL brass meets this weekend to finalize draft details after a successful combine.

Twenty six new players came out to the second annual FIHL Combine looking to break into the league. The Combine was a success and the FIHL front office has been busy working on the finer details of putting together the sequel season of the still new league.

“One of the things is just getting information out and pushing all the moving parts that make up a season like ours together. We have four teams again which is OK, we lost a lot of central Florida players and a lot of seniors as well. The good news is the combine gave us what we needed to fill those spots and if we follow last seasons suit, will have a full pool as well.”

The FIHL has delayed the draft due to late entrants and logistics, Commissioner Frontiero explained:

“Well, Hockey Night in Boston timing was right smack in the middle of things and with the influx of potential players I wanted to be sure I talked to all of them and there are still some I am taking with today, So getting back in town and hitting the ground running really needed more time so I am pushing it out a week–maybe two, but I should know a bit more within the next two days. It is about making sure the players enjoy the experience of the draft party.”

Here is the current layout that players should plan for:

All Deposits for the season are due now. Late registrants are welcome but must have deposit in immediately.

Draft party location and time will be announced within the next few days. Once announced the preseason practices will begin nearly immediately and final game schedule for the first games will be released shortly after that.

Season Payments will be due no later than August 28th for ALL Players. This gives everyone a couple extra weeks but also ensures us that FIHL Ice is locked in.

“We are looking forward to the new crop of players exploding their skill set this season. It happened last season with many players and will continue as our format is made for development. We have more local, good quality coaches getting involved and this season is looking good so stay tuned while we work the out the details… it is going to be a blast!”

Until the Draft Edition of the FIHL News, keep shooting!