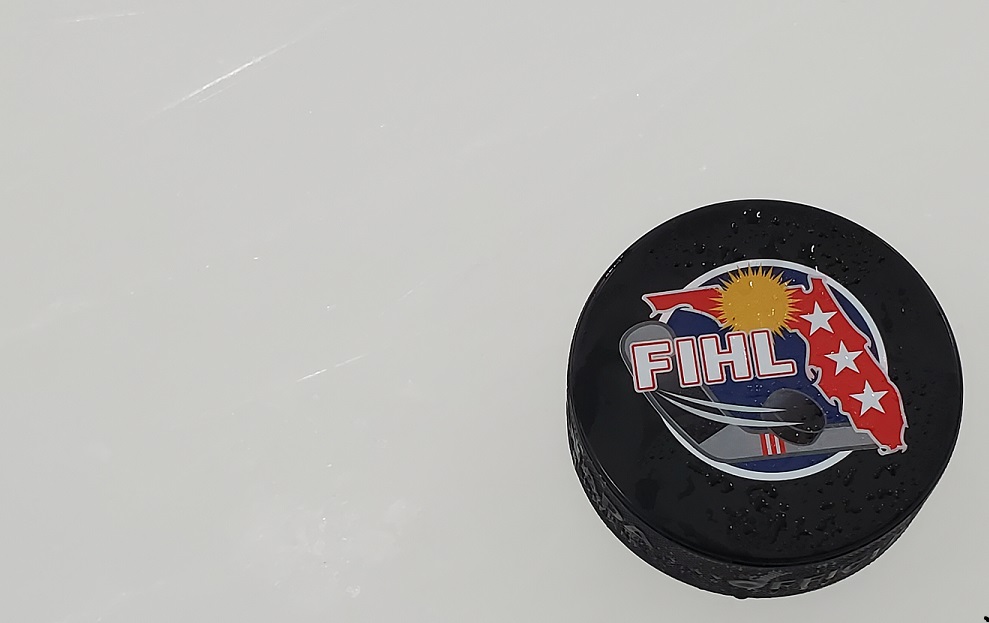 FIHL “The Sequel” is set for a October 2nd kickoff with a Finals rematch between the Defending Champion Sand Sharks and the Aces while the Minute Men take on the Sting Rays!

“We had some delays on the uniforms as most supply chains are being played with around the world, which pushed things back, a huge delay in the schedules of other leagues to coordinate ice times, but we are still ahead of last years start date by three weeks.”

Opening night will feature special raffles, a new FIHL Swag Shop and a rematch of last seasons Finals as game One kicks off at 7:15pm at TBSA.

“It is a slow grow and we are adding little things to make the game nights more fun. The league is funded by league fees, sponsors and some private funding and we are doing as much as we can.”

One of the sponsors returning to lend a hand in season II will be McDivots! The official resturaunt of the FIHL located in West Chase off Country Way Blvd offers a 10% discount on all FIHL tabs and a free drink!

“They were a big part of the playoffs last season and we are happy to have Ike and the team back for season II, We couldn’t do it without them frankly.”

Game two of the season will also be played October 2nd following game one, Start time set for that tilt is 9:30pm and will see the Minute Men take on the Sting Rays. On Friday morning there will be a preview edition of the FIHL News of all four teams as we will be one week away from what is promising to be a spectacular season of FIHL Hockey! Until then, I am Dekes Fiviel, my thanks to Director Frontiero for the comments, and we will see you Friday for the preview!