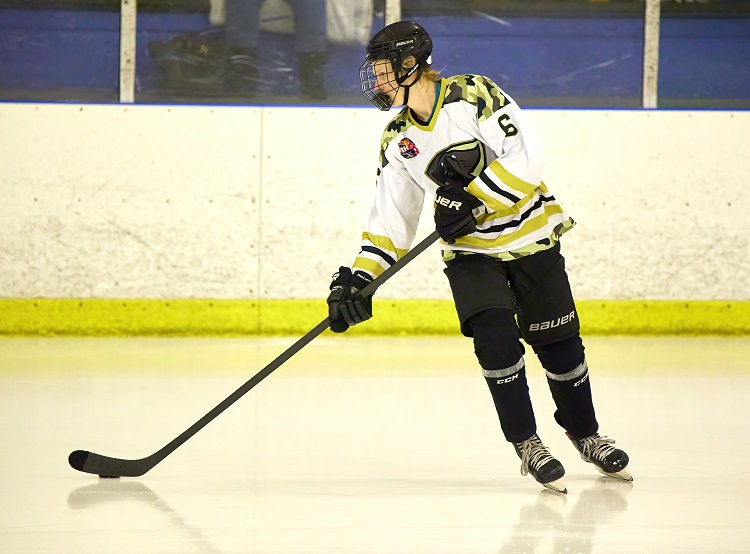 Chandler Odell, an FIHL original with the Sting Rays, is a 2004 born Senior Player this season and the focus of the FIHL Spotlight as he has been tearing up goaltenders in the FIHL for two seasons now.

In 2018, Chandler O’Dell was one of only two players selected to start for Wire-Grass High School as a true freshman (Tampa Lightning High School Hockey League-Tampa, Florida). Soon after his freshman season, the LHSHL combined high Schools in certain districts and rezoned high school players to new teams. Chandler was one of the players that was rezoned, and he found himself on River Ridge High School for the remainder of his High School tenure. Chandler was called upon to play several positions throughout his four seasons of High School, including defense, and multiple stints at various forward slots. Chandler is an impact player and is noted primarily for his speed and his trademark elusive slender form on the ice. Much to chagrin of opposing teams however, his most notable attribute is for his lethal stick speed, and quick laser like release from almost anywhere he chooses—usually ending in a goal scored. Chandler also has also proven to be dangerous with tip ins, breakaways, penalty shots and for close proximity, no look, net pass assists! His most notable season was his 2021-2022 Tampa Lightning High-school season where he ranked 18th out of 454 players for points earned! Although River Ridge missed the 2021 High School Playoffs, they had a competitive team, with key victories against Steinbrenner High School, Jesuit High School (Private), and East Lake High School (2020 runner up Florida State Champions).

Chandler came to the FIHL in the inaugural season 2020/2021 and immediately began to strengthen his hockey skills and gained experience and exposure in the many tournaments outside the league that the FIHL and its coaches offer.  In his first season he tallied 33 goals and 17 assists for 50 points in 19 games.  He also put up 4-2-6 totals for the Sting Rays during the Playoffs, in which they dropped the two out of three-game series to the eventual Champion Sand Sharks in two heart breaking games. Chandler is crushing those numbers in the current season, with 71 goals and 16 assists for 87 points in one game less played, and three games to go in the season.  The FIHL’s diverse group of Junior League, High School, 14U, 16U and 18U players provided Chandler with the opportunity to be a leader for head Coach Kevin Guay and his Sting Rays. He is constantly called upon to lead the teams power play and penalty kill, both of which are second best in the league. At least seasons trade deadline, the Minute Men made every effort to acquire O’Dell but Coach Guay refused to budge, knowing the weapon of offense that he had in his quiver.  The FIHL has seen players use the league to make the next leap as several players have successfully moved on to Juniors (Palm Beach Typhoons), Division 2 (Liberty University) and Division 3 (University of South Florida) Collegian hockey, and the United States Naval Academy D3 Club team. Chandler has seen great success since joining the FIHL in 2020 and was recognized by the FIHL for the inaugural seasons leading goal scorer, and will be recognized again this season as the overall scoring leader, as he has run away with that title. The success that Chandler hopes to continue however, is the previous players successes making the next step as he is poised to walk on to Bowling Green State in Ohio with an academic scholarship and hopes to impress the Hockey department to earn a spot on the Bowling Green State D2 Falcons.  The FIHL puts the spotlight on Chandler O’Dell as he nears the end of his time here in Florida and the FIHL. We hope he carries on the tradition of continuing to play hockey beyond the sand bar! Congrats on Bowling Green to Chandler and his family, and many more goals to score we hope!

The FIHL plays a full 20 min- 3 period collegian style game that runs from Oct 2nd thru May 1st. The playoffs are series format. The length of season and longer hockey periods help build stamina, sharpen endurance and has promoted more interdependence amongst team members. If you would like to know more about the FIHL and it’s players, please email us @ the sites contact page.