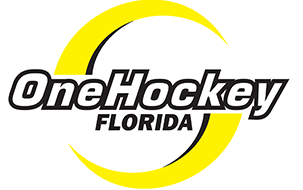 FIHL Players have been busy in the past month working in Tournaments and Scrimmages to further ice time and experience in the great game of Hockey. We start with the most recent event which was Sunday night at CIA where the Heat took on the Sting Rays minus their top players. The Heat prevailed 5-3 in a well played game. The Rays had some help from the Aces and Minute Men but by and large it was mostly the Rays. The Heat will take on the Aces this Sunday night at TBSA, 7:15pm.

Over Easter weekend the FIHL fielded two teams to go up against the Black Biscuit Organization in a fatal four way tournament. The FIHL Stars went 2-2-0 while the Goose Pond Black Bears went 0-3-1. It was a good weekend for alot of ice time and experience but besides that, alot of confidence was built as the Black Bears came away with the only point taken off of the Bad News Biscuits and eventual Champs in a 1-1 tie. Jacob Otto was masterful in the goal tending duo all the way through the shoot out and the entire roster was boosted when they tied the game with mere minutes left to play. The FIHL Stars were disappointed but had a massive comeback vs the Good News Biscuits in which they spotted the for a 5-1 lead, only to come roaring back with 9-6 win. Very exciting game.

This coming weekend, The FIHL All Stars and the FIHL Sister organization, MCN Sports Consulting, are in the One Hockey International Surf Cup here in Tampa, U18AA division. Game times are as follows and rosters are below, come watch the games and cheer them on!