Game One of the FIHL II Finals.. Otto on the Other Side.

FIHL > News > Top stories > Game One of the FIHL II Finals.. Otto on the Other Side. 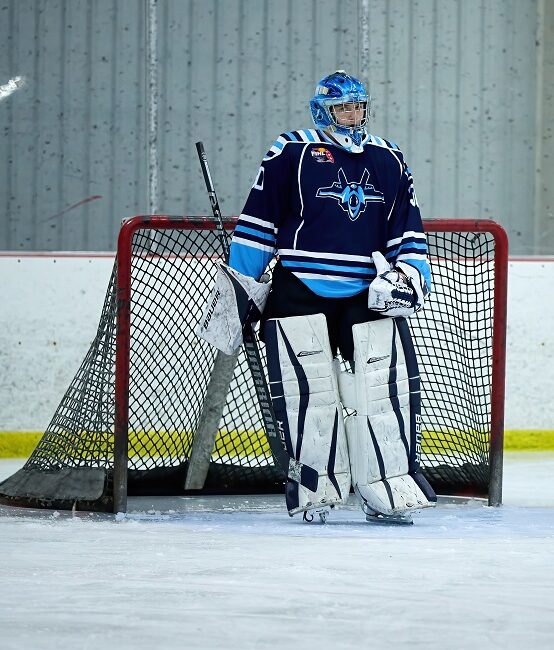 Story lines ladies and gentlemen. Any good rivalry has story lines and the rematch for the FIHL Championship is no different… as the series unfolds, the storylines get told, new ones develope and for some… wrinkles get ironed.

Jacob Otto. In the Inaugural Season Jacob Otto was picked up by the Aces mid-season as a free agent to help bolster their playoff run. Jacob was green however, and although large in size was not prepared for the onslaught that awaited in last season’s four games to one championship series loss to the Sand Sharks. The Aces would give up 33 goals in the four-game affair and once again, they head into the finals putting their hopes of their first FIHL cup on the back of another young net minder in Keegan Lentz. On the other side of the ice however looms the Aces past in Jacob Otto. Otto entered into the FIHL II draft looking for a fresh start after his half season with the Aces and was drafted by Dave Beaudin’s Sand Sharks in the third round. Otto has a stand-up style of goaltending, yet he has made major strides in his form, playing for the FIHL in tournaments, high school games and training with Ed Walsh Goaltending School. The results have shown this season as he finished with the best save percentage in the FIHL among active goaltenders. While last season’s Aces team had a formidable line up with the likes of Gavin Frost, Jax Law, last seasons top point getter and All Star MVP Josiah Martinez, and Last years Finals MVP Nate Salazar, this season’s Aces have replaced all of those players. Otto will now face the likes of the Macris Brothers who combined for 115 points this season and Connor Jonston Ferris who had 76 points and led the League in assists with thirty eight. Add in this years top subs in Connor Hill and the part time Nathan Salazar, and the task doesn’t get any easier for Otto this season with the exception that this year, He is a Shark.

The Sharks have a team this season that cannot compare to last season in fire power, but certainly have made their mark with their depth. They will be led by the team’s leading scorer in Lex Petrov and returning Champion Beaudy Beaudin who tallied thirty-six points in five regular season games since his return from Massachusetts. Those two players supported by a deep cast of players like Jonathan Cholnik, Phenex Hauver and the Captain, Matthew Clark, provide the Sharks with difficult layers to penetrate. Add on Otto’s goaltending partner, Sean Gaffney and the Sand Sharks have a solid opportunity to repeat and remain the only team to be FIHL Champions. The Sand Sharks undoubtedly have more turnover than the Aces from last year’s roster and that bodes well for them as they are a hungry team. The Aces have more players that remember the sting of losing, and that too, bodes well for them. The wild card will remain in the end however, Jacob Otto. He has been on both sides and now stands ready to right last season’s wrongs and make his former team pay the price. Who will prevail in the most important game one? You will have to find out THIS MONDAY at 745pm when the puck finally drops on the FIHL II culmination known as the best of five test of tests! The location is TBSA, tickets are still available so get yours and come out and watch the kickoff to the best league championship in Florida Youth Hockey!