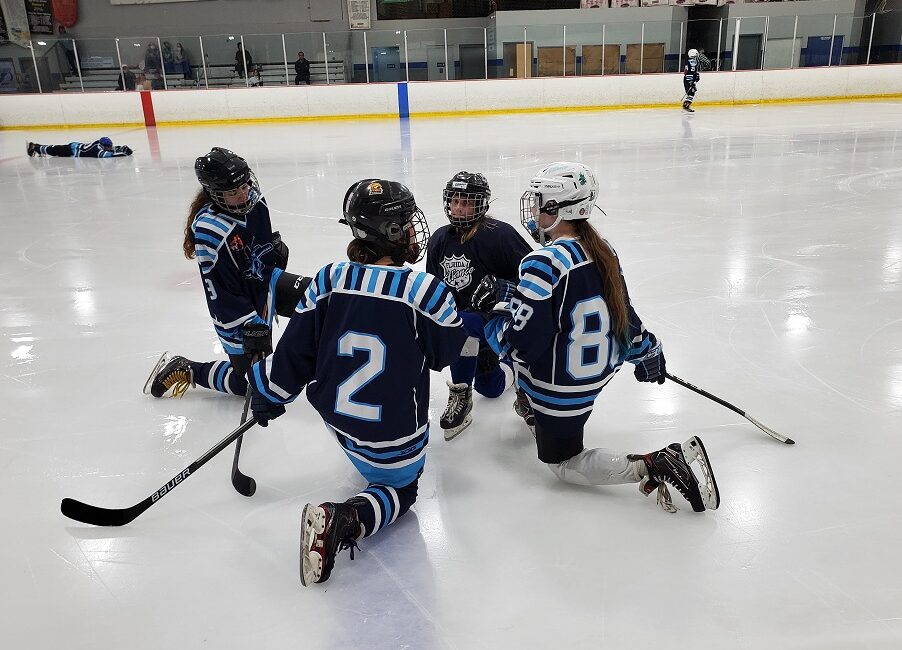 Both games last week ended 7-3 for the victors as the FIHL rolls into 2022!

In Game one for the first FIHL games of 2022, the Minute Men and Sand Sharks played a pretty tight game the first two periods in which the only players allowed to score, started their names with a W. Wyatt Frontiero would score his 14th, 15th, 16th, and 17th gals of the season, while Matthew Wallace (S) would score all three goals for the Sand Sharks–all of them on the power play. Frontiero’s third and fourth goal of the night were both scored in the final seconds of the second stanza, with his fourth goal on the night coming with one second left in the period. The third period saw the Minute Men score three more goals as Jamruk, Burgess and Motta would light the lamp and send the Sharks packing. Wallace would score his hat trick goal mid third period as well. Thompson puts in another over .900 save percentage performance for the Minute Men garnering his fifth win of the season and the Militia would go one for five on the power play. The Hot Men of the FIHL have won five straight games and will look to keep the streak alive while facing off against the Aces on Sunday January 23rd at 7:30pm. A win would put some distance between them and the Aces for the top spot in the standings.

In Game two it was a very similar affair as the game between the Sting Rays and Aces was close in the first two periods availing the same score at the end of two as the previous game, 4-2. The teams traded goals in the first period with Noah Gawel and Zachery Tate getting the scores. In the second period the Rays put up three from three different scorers, Alex Macdonald (S), Noah Gawel with his second of the night and Aidan Lingo. Jo Jo Nemcova(S) would score for the Aces with assists going to Alex Macris and Claudia Amis(S) in her return from a recent ankle injury. The third period was all Sting Rays as Matthew Wallace(S) would score two and Savannah Scianna gets the nail in the coffin on the back door from Wallace and Alcia Macdonald. Macris would add a goal with :43 left in regulation for the Aces, and the game ends same as the first, 7-3. Both teams were scoreless on the power play, although the Rays had five chances to the Aces one. A rare win for Cribbs in net for the Rays but with the usual all in game style, he winds up with a .923 save percentage stopping 33 of 36 shots. Their next game will be against the Sharks as both teams are desperate to climb the standings, should be a good tilt.

No games this weekend due to the MLK tournaments, check your emails for next weekends schedule as it has changed. That is all for now, we will see you next weekend.