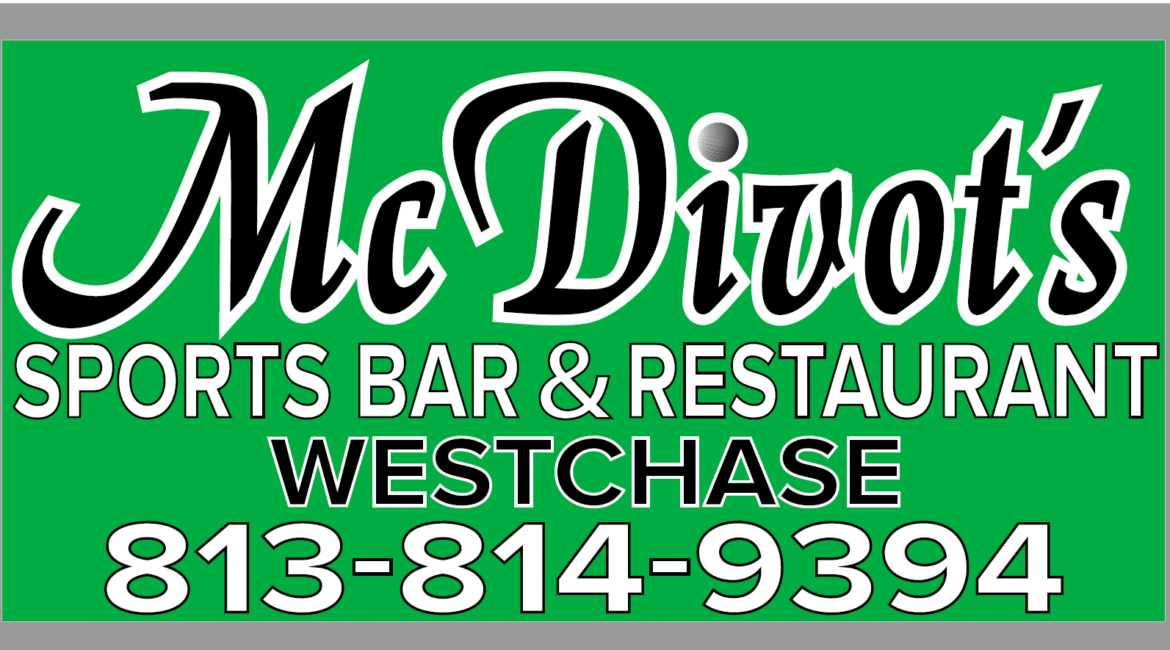 Nestled in the Westchase neighborhood is one of the original eateries, started in 1991.  Westchase has been growing ever since, reaching over 20K residents.  McDivot’s has been there since the start, providing great food and a sports atmosphere that circled around the now famous Westchase Golf Club.

Fast forward to 2020. A year that will go down in infamy.  With shut downs and lock downs and small businesses struggling, McDivot’s was set to close their doors.  Enter Wil Eichler, also known as Ike.  Ike, a frequent patron, did not want to see McDivot’s leave the landscape. The owners Papa and Mandy had no choice and were preparing to start a new life.  Ike was determined to keep the restaurant open and through an eight-month process and several days of not knowing the end result, a deal was struck to partner up with Papa and Mandy, renew the lease, and reboot the business.

Many improvements are in the works for the restaurant and Ike is looking to spearhead the local neighborhood aspect of the eatery.  Enter the FIHL.  To help with that effort, the FIHL and all associated with the league will receive 10% off their final bill, plus a few free drinks here and there.  McDivot’s will also be sponsoring the Finals of the FIHL playoffs.  The idea is to get people of the FIHL to have a home and a meeting place before and after games.

As a hockey father and player, Eichler is proud of the restaurant’s family background and heritage and sponsoring local sports programs at Aloso & Sickles HS, McDivot’s Bandants adult hockey team and the FIHL helps keep that tradition alive.  The FIHL is proud to have McDivot’s be the official restaurant of the FIHL!!!