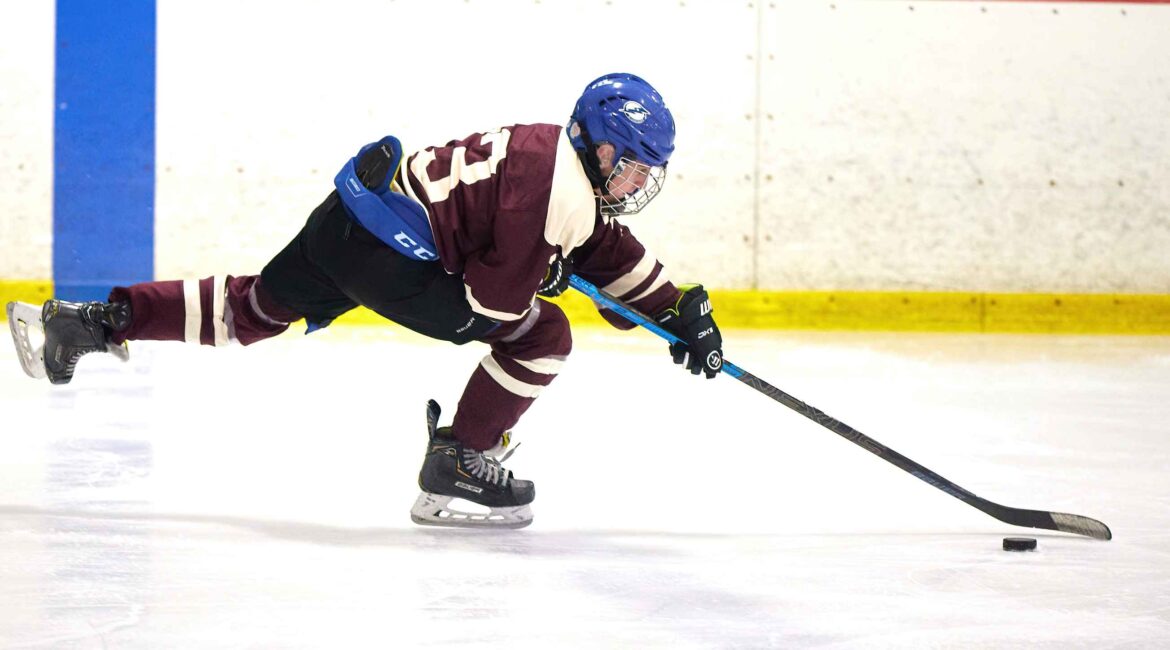 We are heading into the home stretch for play off positioning and while first and last seeds seem all but a formality, the battle for second place bragging rights is well in hand, even though they will face each other for sure in that first round just 8 games away.

In the first game of the night of week 17, the Minute Men and Sand Sharks traded a combined twenty eight shots but no goals for a scoreless period for just the second time in FIHL History. The first time was just two weeks ago between the Aces and Minutemen which was also the first period. Maddi Saunier stopped all seventeen shots she faced while her counter part Thomas Reilly did the same, facing eleven shots. Scoring was opened in the first minute of the second stanza by the Minute Men as Alex Noti would score unassisted on a one man rush down the ice finished off with a quick move and release of the puck around the Sand Shark D. The 1-0 lead would be short lived however as the Sharks snap right back just three minutes later with a pair of goals in side of a twenty second window by Nathan Souza and Hunter Gillum. The Sharks would open it up to a three goal lead as Beaudy Beaudin would nail down a breakaway on a power play thanks to a tripping call on Little Big Foot Compton of the Men. The third period had the Men attempt the comeback by coming out strong in the third with a quick goal. Vlad Handjiev would slip a nice pass to George Brkjlacic in the low slot for the one timer. Beaudin would answer with his second goal of the game just two minutes later but the Men would close the gap to two again on Carter Hardens first goal of the season as he picks off an errant pass and rips it past the glove hand of Reilly. With thirteen minutes to go and down by two the Minute Men hit pipes and missed empty nets and their hopes of a comeback were dashed with three minutes to go as Beaudin would complete the hat trick and by default, end any chance of a miracle ending. The Minute Men will be sending Frontiero to West Palm next week to compete in the ECEL Prospect Tournament. Frontiero was pointless again this week and is now officially in his first slump of the season but none the less, his absence will need to be filled next week vs the Sting Rays. Final score in this one 6-3 Sand Sharks.

In Game two The Aces and Sting Rays played a very interesting game that saw the Rays without two of their top producers and defensemen in LaFlamme and Myers. The result was four unanswered goals in the first period by the Aces causing Coach Guay to call his time out early on to try and right the ship. Josiah Martinez scored a hat trick in that span along with one from Gus Komarek. Martinez would score another in the third period to go along with three assists for a seven point night. The time out worked for the most part even though the Aces would get one off the stick of Jaxon Law before the Rays score two to end the first period down 5-2. Chandler “Cha Ching” Odell and Richard Poweska got the tallies for the Rays and helped make that end of period score a little more respectable. In the second stanza the Rays out played the Aces and won the period 2-1, scoring two goals to close to within just a goal before the halfway mark of the stanza. Odell would light the lamp again for his second goal of the night and Kane Eanes takes a feed from Madison Natter for the Rays fourth goal. Gavin Frost would get the next Aces goal to make it 6-4 before the end of the third, and it would turn out to be the game winner as no man, woman, or child was prepared for what would happen in the third period. The Aces unload a hellish payload of bombs, tips, and rips scoring NINE goals in the third period just demolishing the Rays. Goals by Frost, Law, Salazar, Komarek, Martinez, and Savannah Scianna–most of which came in the first half of the period, left the Rays Stingless. The final score was 15-5 and Rays net minder Jason Cribbs is still seeing shots having faced seventy four shots, a new FIHL record to which Cribbs was in net for the previous record that was set just one week ago vs Sand Sharks at seventy two shots! For the Aces, Martinez will be joining Frontiero of the Minute Men next weekend in West Palm and will not be available for the Aces tilt vs the Sharks next week. Jason Cribbs will also be making the trip south with the boys, making for three of the four FIHL teams represented in the prospect tournament.

Next weeks games will be played at the Clearwater Ice Arena, I will have a little more on that as well as other news and notes this week so keep an eye out! Until then, I am Dekes Fiviel reporting live from FIHL headquarters and Goose Pond Studios! Peace!