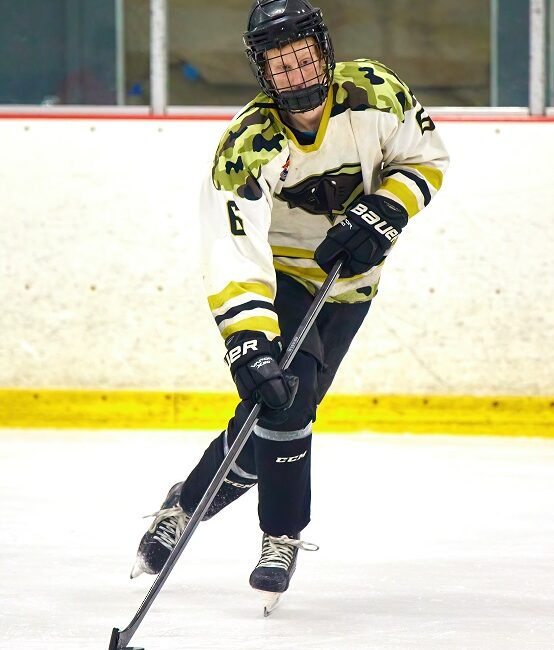 The Minute Men score two in the final minutes to force OT and take the Sand Sharks down while Chandler O’Dell scores ten goals in a 18-9 crash and burn for the Aces.

The FIHL has played forty games and now the league will distribute and set the final rosters for the remaining five games and the playoffs.  The league has become an any given Saturday type league as all four teams can make the case that they will contend for the FIHL II Sequel Cup.

Our first game featured the second place Minute Men against the last place Sand Sharks. Both teams have six wins in their last ten games, but the Minute Men were sporting a three-game losing streak, while the Sharks were coming off a win against the first place Aces. The Minute Men came out strong in the first getting goals from the usual suspects in Brkljacic and Frontiero, as well as a power play goal from Brody Jamruk.  The Sand Sharks fired back with two goals in the final forty-one seconds from Beaudy Beaudin, the ladder goal coming on the power play. Beaudy showed off his circus act on the goal, scoring from behind the net with the ever so popular Michigan move.  The goal officially welcomed Quinn Badeau to the FIHL who was playing his first game in almost a year as a sub for the Minute Men. In the second period, the Sharks score three more goals before and before the Men could yell Shark, they were down 5 to 3, blowing the 3-0 lead they had built in the first period. Peyton Brisley jumped on a Badeau mis cue and flipped one in the empty net, and Lex Petrov would score two in a row to add to his four assists on the night.  The Minute Men get one back before the period ends to make it 5-4 when Connor Hill goes coast to coast for some butter and toast, and the period ends with the Men down by one.  Dylan Sinclair pots a goal to reopen the two-goal lead early but Brkljacic brings the Militia back within one as they continued to push.  Sinclair hits the twine a second time on a one timer to restore the two-goal lead once again and the Minute Men have five minutes left and a hole to climb out of. The begin the climb when Brkljacic nails the hat trick with 2:45 to go and when the Sharks lose their top player to a hooking call, the Men have a prime opportunity to pull the goalie for the two-man advantage. Immediately off the face off the puck is drawn back to Alex Noti who immediately hits a fading Hill who makes the quick release for the goal and the Men are alive in a 7-7 game. In OT, the hero was Brkljacic, going end to end and stuffing in his own rebound on a sprawling Jacob Otto, who faced fifty-two shots, and the Minute Men pull out the come from behind win.  The win puts the Minute Men Back in a first-place tie with the Aces. The Sharks were two for three on the power play while the Minute Men were two for four.

The second game saw the Aces and the Sting Rays playing with skeleton crews as many players were at High School Proms and national tournaments.  The game started out with even play and even shots, (fifteen a piece), but the Aces held a commanding 6-1 lead after the opening stanza. Two goals for Alex Macris, two goals for Mike Alicea, and one each for Michael Macris and Gus Komarek. The lone goal for the Sting Rays was scored by Evan Kirk.  In the second period, Chandler O’Dell decided to sharpen his blade and went on a ridiculous tear, scoring six goals in a row for the Sting Rays and eight goals total for the period. That combined with two goals for the Aces, and the end of two periods saw the game flipped with the Rays up 11-8. Five different Rays would score in the third period which would include Kirk for his second, Guay, and Babcock with one each.  O’Dell would score his ninth on the night for the Ovechtrick, but with just five ticks left on the tock, Cha Ching O’Dell gets the perfect ten and the Rays win big as the Aces only muster one in the third and the final score is 18-9.  A rough night for Aces netminder Lentz but he faced seventy-four shots and had a thin roster in front of him. Only one power play per team in which only the Sting Rays capitalized and a massive night for O’Dell with the ten goals and now leads the league with sixty-two goals in sixteen games played. No one comes close to that as O’Dell is running away with the top forward honors. A big night for Joey Poweska who had seven assists as well and notable Aces from this game were Gus Komarek with a pair of goals, Emily Scott with a pair as well, and Taylor Cowan with two assists.