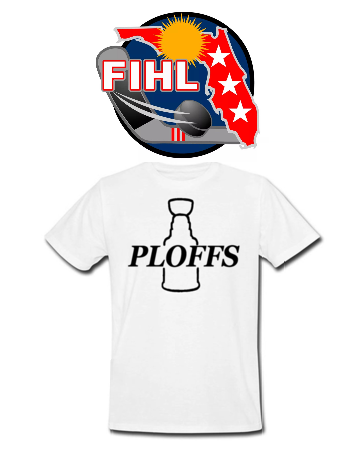 The Sand Sharks and Sting Rays unloaded on their opponents this weekend forcing the final game of the regular season to be required for play off seeding.

Something fishy was afoot in the FIHL for week 24 as the Sharks and Sting Rays combined for 23 goals to create two log jams and potential tie breaking issues in week 25. The Sharks win over the Aces, (their sixth loss in a row), gave the Sharks a tie for third seed with said Aces. The Sting Rays win over the Minute Men gave the Rays a tie for first place with the Minute Men. Game 25 of the regular season has the Men vs the Aces, and the Rays vs the Sharks. The only clear positional seeding comes from wins by the Men and Sharks, or the Rays and Aces winning. If the Aces and Sharks win, we have a log jam at the top that will need a tie breaker, (head to head), and if the Men and Rays win we will have a log jam at the bottom in need of a tie breaker. Either way, the season comes down to the final game for ploff positioning!

Both games saw a low scoring first period that was followed by big second and third period scoring. The Aces and Sand Sharks were at a score of 2-1, Sharks leading at the end of one before flood gates opened in the second. Each Macris Brother had a hat trick and two assists but even that combined with two goals from Taylor Cowan was not enough to overcome Sharks defending Champion and team MVP from that season, Beaudy Beaudin, and his six goals and four assists. Eleven goals in all were scored in the second stanza in that game. Finn Smith added a pair of goals as well as Captain Clark and the Sharks rolled to the 13-10 win stamping out any hopes of the Aces breaking their losing skid, and keeping the Sharks in the basement. Both teams need to win next week to stay out of the fourth slot, but if they both win–or both lose– a tie breaker will be needed.

In the second game the Minute Men self destructed in the second and third periods after trailing just 2-1 at the end of the first period. Chandler O’Dell continued his torrid pace scoring five goals and Evan Kirk would get four of his own and the Sting Rays demolished the Minute Men 10-3. Scotty “The Body” Mezack would get a nice back door goal for the Men and Mario Romero scored a nice goal on an incredible individual effort forechecking. Once again, if both teams win or both teams lose, we will go to tie breakers to see who takes the top spot. Both teams suffer major losses for game 25 as Wyatt Frontiero will be out of the line up for the Men and Matthew Babcock is out for the remainder of the season for the Rays as he has been called up and headed to North Carolina.

Saturday night at TBSA it will all be decided and the Ploffs will begin the very next night (Sunday), at TBSA. See you all there!!