Rays Sting Sharks in OT, Aces and Men Fire Away! 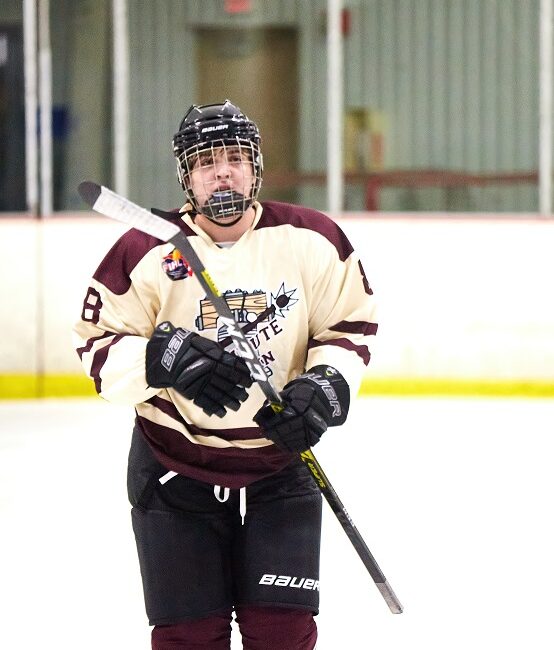 Reaching the midway point of the season and the games of the FIHL do not fail to entertain!

Our opening bout for week twelve had the battle of the fish. The Rays and Sharks are both trying to get some traction and climb the standings but with the LHSHL JV Schedule, this week saw both teams with only 7 players in the line up. The battle was intense none the less as the game was tightly played until about five minutes left in the game and that is when it got crazy. The Sharks opened the scoring on a Christopher Chan zinger from the point set up by Nate Salazar (s) and Finn Smith. It was Chans first goal of the season and the only goal scored in the first period for either team. In the Second Period, The Rays would put up two in a row as the return of Chandler “Cha Ching” O’Dell would reap rewards as the sniper takes a rink long feed from Andrew Burnside and catches the stingy Sharks netminder Sean Gaffney napping. Aidan Lingo would score his eighth of the season next as O’Dell returns the favor, Savannah Scianna who started the play grabs a helper as well. It looked like the Rays were going to close the period with a 2 to 1 lead until Finn Smith would bury the first of three on the night from a behind the net feed from Phenex Hauver. The period ends 2-2, much to the chagrin of Wyatt Frontiero who was standing in as interim coach for the Sting Rays. In the Third Period, the fish would trade goals in the top half of the stanza. The Sharks score first as Nate Salazar goes coast to coast for butter and toast unassisted and the Rays follow that up three minutes later with O’Dells second on the night. Matthew Babcock would get the assist as the two players combined for nine points on the night. Then with five minutes left in the game, the Sharks hit paydirt twice within twenty one seconds of each other. The Smith from Hauver connection strikes again followed by Smith from FIHL new comer Landon Sedor. Peyton Brisley adding an assist as well. The two goal event was followed by a penalty to the Sting Rays and FIHL leading scorer Chandler O’Dell, and it was looking like another disappointing loss for the Rays. They killed penalty however and O’Dell would complete the hat trick as he comes out of the box to close the gap to one goal with just over a minute to go. Twenty one seconds later O’Dell plays catch and release with Babcock for the back door stuff in and just like that the game is tied 5-5 with a minute to go. It ends deadlocked and we head to over time. With thirty three seconds left in OT, Matt Babcock steals the puck from an exhausted Phenex Hauver at his own blueline and goes all the way in for the up stairs snipe for the OT game clincher. Both goaltenders ended the game with save percentages over .900 as the Sharks out shot the Rays 77 to 69. Both teams failed to score on the power play, three chances for the Sharks and just one for the Sting Rays. A much needed win for the Sting Rays as your final score is Rays 6, Sharks 5.

In game two it was a Main Event as the Minute Men were looking to put some distance between them selves and the Aces, a loss would let the Aces back into the first slot. Jonny Motta would start things off for the Minute Men as he and Scott Mezack work a little chip and go and Motta goes all the way for the goal, his twelfth of the season. Brendan Burgess does his best dirty bird after matching Mottas rush with the same result, and we head to the locker room with the Militia in command, 2-0. In the Second Period, Connor Hill scores on the power play unassisted for the Men to make it three zip. The goal would be the first of three for Hill who would only see one period of action in the game. The Aces get on the board when Mike Alicea (S) would light the lamp with no help to score his first of two on the night. The Men answered fairly quickly when Alex Noti steals the puck and buries it past Keegan Lentz for his first of two on the night as well. Alicea gets his second goal shortly after to close the gap to two, again with no assists. The Aces get a chance to close that gap more on the power play with five minutes left in the period when Julien Wojcik goes off for tripping, but the Minute Men score two short handed goals just twenty five seconds apart and its a four goal lead. Hill and Noti put the pucks in the net with helpers to Harmon and Hill respectively. The Minute Men would score again with 2:29 left in the second when Hill completes the Hat Trick before his exit. No assist on the play. A Major Penalty to Brendan Burgess for head contact and a roughing penalty to Connor Ferris for retaliation leads to a four on four for the remainder of the period and the Aces capitalize. Two unanswered goals to close the game to three goals and well, this is the FIHL and there is still alot of hockey left in the game. The MBI combine for the two goals, Alex and Michael Macris tally one each, Tay Tay Cowan and Side Show Bob with the assists. We head to the third with a 7 to 4 score. The Aces start the third period with a three minute power play thanks to the Major on Burgess but quickly give up what would prove to be the game winner as Julien Wojcik walks in the left circle unchallenged and cranks a slapper over the shoulder of Lentz, shorthanded. The Aces did get that one back however as the Ferris Wheel of Love nails down his twenty first of the season to make it 8-5. Andre Harmon zings one on a wrister for the insurance goal unassisted for the Minute Men just under the ten minute mark and the Aces answer with another power play goal from Alex Macris un assisted. Brody Jamruk follows that up with the dime goal for the Men with just 4:41 left to play. The Aces get their last goal once again on the power play from Michael Macris after Wyatt Frontiero decided not to go for the hit, allowing Macris to walk in and snipe Thompson for his seventh goal against on 40 shots for the night. It ends that way, 10-7, giving the Men sole possession of the top spot with a two game buffer. The Aces go three for six on the power play but the Minute Men go one for four and three shorthanded goals, making the difference in the game. The major penalty for head contact falls under the new rules but after reviewing the live barn feed, it was determinded that no head contact was made and no further discipline is required.