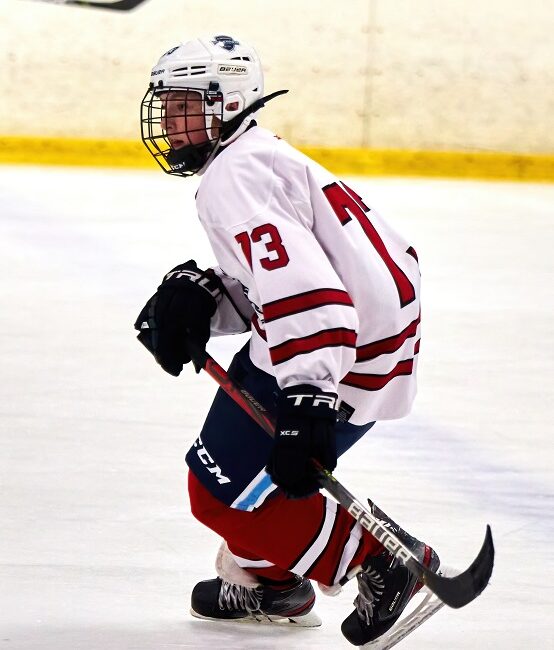 In the wings and waiting to see who they will play in Game one of the Finals that start this Sunday Night at 6:15pm is the Sand Sharks. The Sharks were a team that started out hot, had a ton of controversy, was revamped, revamped again and yet never lost it’s winning ways despite what players were on the ice.

The team from the start was largely comprised of players from the central Florida area and came out of the box like a house on fire. They destroyed the Sting Rays by a score of 20-5 for the first ever FIHL game and the league was on notice. In their second game it looked like a loss to the Minute Men– a game in which the Men had not yet had the services of Side Show Bob, Georgie B. or Vlad Handjiev. The game went south in the third period and the Sharks evaporated a four goal deficit and walked away with the FIHL’s first OT win, 10-9. They followed that up with an 11-3 win over the Aces and the FIHL was on full notice–get the other three teams better or conduct a balance trade. The commissioner decided to give it another round and things proved to be more balanced in two out of the next three games as the Sharks beat the Rays and Aces, 7-6 and 7-4 but crushed the Minute Men 19-5. Seeing things get a bit tighter, the commissioner gave it another round even with other issues surrounding the team involving a far and away larger margin of penalty issues over the other three teams. Once again, the games were tighter, albeit wins still, as they beat the Rays and Aces 8-5 and 4-3, and again crushed the Minute Men 10-4. It was their first loss in week 10 that ended the first era of Sharks.

In that game the Rays beat the Sharks 8-4 but the amount of penalties amongst other league issues led the commissioner to make a change and eight Shark players were released from the league. The FIHL at this point had ample players in the pool, and new players from central Florida were also called in and the Sharks kept playing and never missed a beat. The new look Sharks won nine out of the next ten games, including two one goal games and losing only to the Rays. Some said they were actually a much better team because the team had no more penalty issues and it looked like it would be their season to lose. Then came Spring High School hockey and the majority of the central Florida players had a major conflict. The commissioner quickly retooled the team, along with a few new central Florida players and with five games left in the season the Sharks were born again… again.

With newer, younger and even some less experienced players, the Sharks would win four of the last five games, their only loss to the Minute Men and only one of those wins was a close one. With a tale of three teams type of season, the Sharks entered the post season as the number one seed and had to wait for the final games to be played to see who they would play in round one. It would turn out to be the Sting Rays– the only team to beat them twice in the regular season and undoubtedly the toughest opponent they could have drawn. Game one was an outstanding display of hockey and saw the Sharks take it 8-7 in a very entertaining match. Game two resulted in a gallant effort by the Rays but they fell 7-4 and the Sharks got the sweep. Now they are back to waiting on who they will play. That will be determined this Saturday Night as the Minute Men and Aces will lock horns to see who gets to play the Sand Sharks in the first ever FIHL Finals. Game three, 715pm TBSA. Who will win?