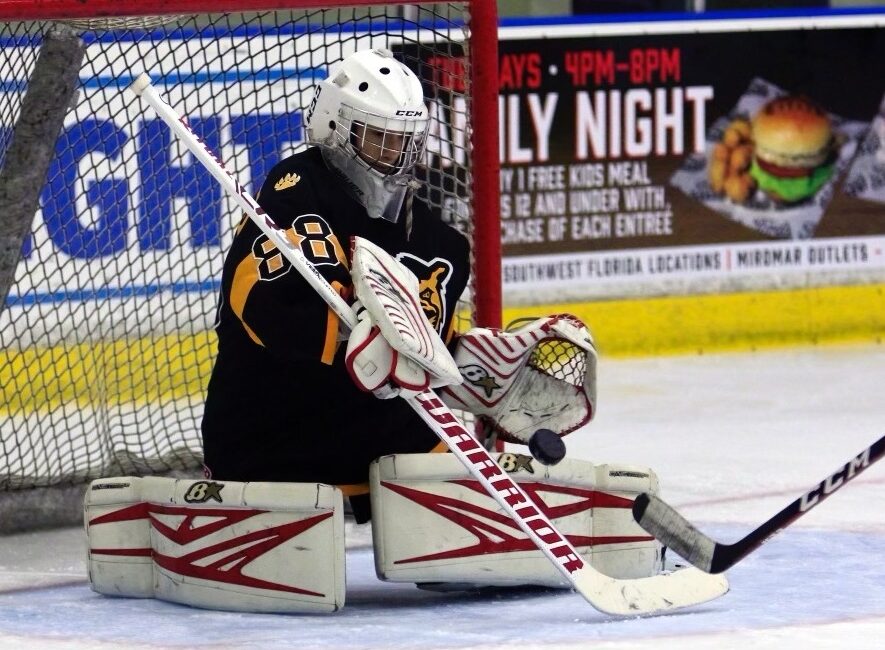 Tomorrow at 3pm the FIHL trade deadline will permanently seal any further roster movements and pool player signings. Teams will be set for the playoffs, each team will have fifteen primary skaters and two primary net minders. Each team will also be assigned their own exclusive sub players that will be eligible for the remainder of the season and playoffs provided one of the fifteen primary skaters can not attend a game.

The team with the most activity by far has been the Sand Sharks. Undergoing a late season makeover–their second of the season, has them scrambling to assemble a roster that can help maintain their impressive 19-2-0 record. League policy violations were the cause of the first makeover, which was by and far not only adequate, but an improvement all around and the team continued to win games. This second makeover is due to the Central Florida High School League spring session stripping the Sharks of most of their team leaders. So the final rebuild of the Sharks began with Net Minder Dominic Guardino. Dom has a long and storied history with League Commissioner Frontiero and his son, the Minute Men’s defensemen Wyatt Frontiero. Frontiero coached the Daytona Racers back in 2016 where the goaltending duo in that freshman peewee season was Gaurdino and none other than current Minute Men tender Maddison Saunier.

“Dom was playing up that season, still a squirt and really small but he was a fighter and never stopped battling. He always gave us a chance to win the games he started.”

Ever since that season, the bond between Dom and Wyatt remained strong yet they never got the chance to play with or against each other since due to the age difference and the logistics. Fast forward to 2021 and the Sand Sharks…

“I have been trying to get Dom up here through out the season even if just to sub in but it has been hard. As soon as the opportunity came up to finish the season with the team I called him up. Luckily the logistics worked this time and Dom is in the FIHL fold.”

While he wont be playing with his long time mate in Wyatt, he will face off against him in three weeks in the final chance for the Men to garner a win against the first place team. Wyatt had this to say when asked about the opportunity to face Guardino..

“Dominic and I go way back but hockey is hockey dude… I am gonna light him up light a roman candle.”

What Dom won’t find in that game is his former partner in the pipes from that fateful season at the other end of the rink, Maddi Saunier will be in Colorado for womens U19 National Championships.

Dom made his debut last Saturday in a 7-3 win over the Aces stopping 38 of 41 shots for a .927 save percentage and an immediate top spot in the FIHL stats. The FIHL is off this week due to the International Surf cup. More on that and trade rumors later in the day as they develop. From headquarters, I am Dekes Fiviel.