Sharks get First Win of the Season, Aces Crash and Burn! 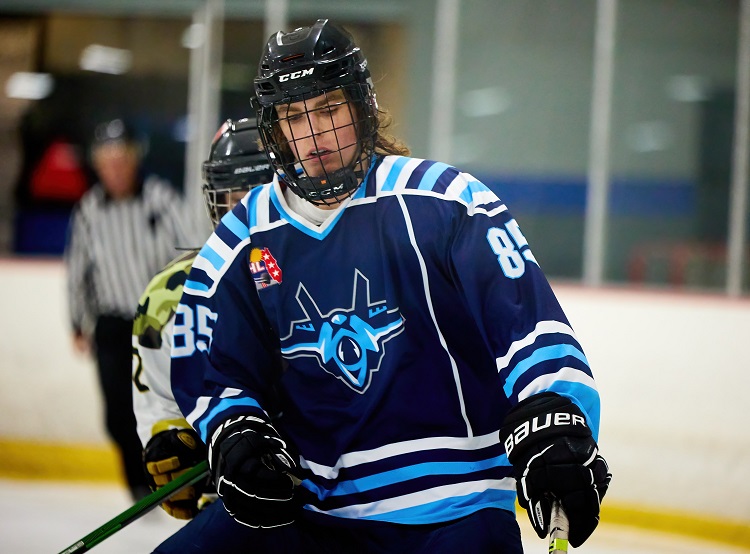 Week three in the books, and the Sharks nab their first win while the Aces drop their second straight.

In Game one the Sand Sharks toppled the Sting Rays hot start to the season with an 8-6 victory. The scoring started quickly as Jayveer Doad would score his third goal of the season just forty three seconds into the game on a ripper from the top of the circle and we were off and running. Penalties were few in this game but important as the Sting Rays went 2/3 and the Sharks went 2/4 on the power play, and it would be the source of the next two goals. First was the Sharks as Matthew Babcock (s) would get the tally nearly halfway through the period to make it 2-0 Sand Sharks. At the 4:12 mark Chandler O’Dell would get his first of two power play goals on the night to cut the lead in half. O’Dell scores five of the six Sting Ray goals in this one continuing on the horrid pace from last weeks game where he scored six. The Sharks answered back just one minute later as new comer Myles Bulmer (s) would score his first of three on the night in his FIHL debut. The Sharks hope to make Bulmer a full timer and negotiations are underway. Logan Brann would score his fourth goal of the season with about a minute left to close the Shark lead back to one and the period would end with the Sand Sharks up 3-2.

In the Second period the Sharks stretched it out to a four goal lead with goals from Bulmer, Shankman (s), and Frasquillo. Shankman, also making his FIHL debut would pot his FIHL debut goal at the 7:20 mark to make it 5-2. Frasquillo made it 6-2 with his first goal of the season less then a minute later and the Sting Rays were needing to regroup. They would get one back as Chandler O’Dell would tip in a Joey Poweska shot for his second of the night. The second period ends with a 6-3 Sand Shark advantage.

In the third stanza the Sting Rays made a good go of it. O’Dell would get his second power play goal of the night, only to be answered almost immediately following a Sting Ray penalty as Myles Bulmer completes his debut hat trick to regain the three goal lead. The Rays refused to quit however and the Chan Man O’Dell would score two more goals in the second half of the period to chip away at the lead, closing it to one. The last attempt to tie the contest would be thwarted however as Finn Smith sails the puck into the empty net for his second goal of the season putting the final nail in the Sting Rays coffin. O’Dell’s five goals on the night gives him thirteen on the season in just three games, a pace even he will have a hard time keeping up with let alone the next in line who is six goals behind him. Final Score, 8-6 Sharks win!

Game two was a fairly close until the third period when the minute men bombed the Aces from the blue line to spoil the debut of the Aces new netminder Keegan Lentz. In the first period, just like game one, the opening goal was scored by the eventual victor in within the first minute of play. Jonny Motta walks in to the Aces zone and rips one past the rookie tender for his first of three on the night and his fifth on the season. Mid way thru the period on the power play, Brenden Burgess scores a goal with nothing but time in the slot on a nice feed from Frontiero for his second goal in as many games to make it 2-0 Minute Men. The Aces answered seconds later though as Connor Johnston Ferris keeps a puck in the zone and tees up the slapper that Nathan Salazar (s) tips past Minute Men goaltender Maddi Saunier, who was making her season debut. When the Minute Men would reclaim the two goal lead on a wicked snipe from Connor Hill (s) streaking into the zone, the Aces answered again almost immediately with the first of three goals from Alex Macris to close the period out at 3-2 Minute Men.

Two unassisted goals by Wyatt Frontiero and Brody Jamruk’s first goal of the season opened things up to a four goal lead before the second period was even halfway thru. The Aces buckled down and got one back as Macris scored his second of the night set up by Zachery Tate. The period ended that way, 6-3 Minute Men.

The third period the Aces get their final goal of the night to complete the Macris hat trick. It was a fortunate goal as Macris was making a dump in that somehow found its way past the Minute Men keeper. The goal gave the Aces hope and only a two goal difference to over come with three quarters of the final stanza still left to play. It was shortly after that goal the Aces became a disoriented mess and literally crashed and burned as the Minute Men score two unassisted short handed goals to turn a game within reach into an active nightmare. The dynamic duo of Frontiero and Motta would get the shorties. The Men followed that up with a power play goal from Frontiero for his fourth on the night and his seventh of the season to add to the misery. Michael Alicea got another goal on a great pass from George Brkljacic and Motta completed his hat trick with a minute left to leave nothing but a smoldering Aces team to wonder what the heck happened. Final score 11-4.