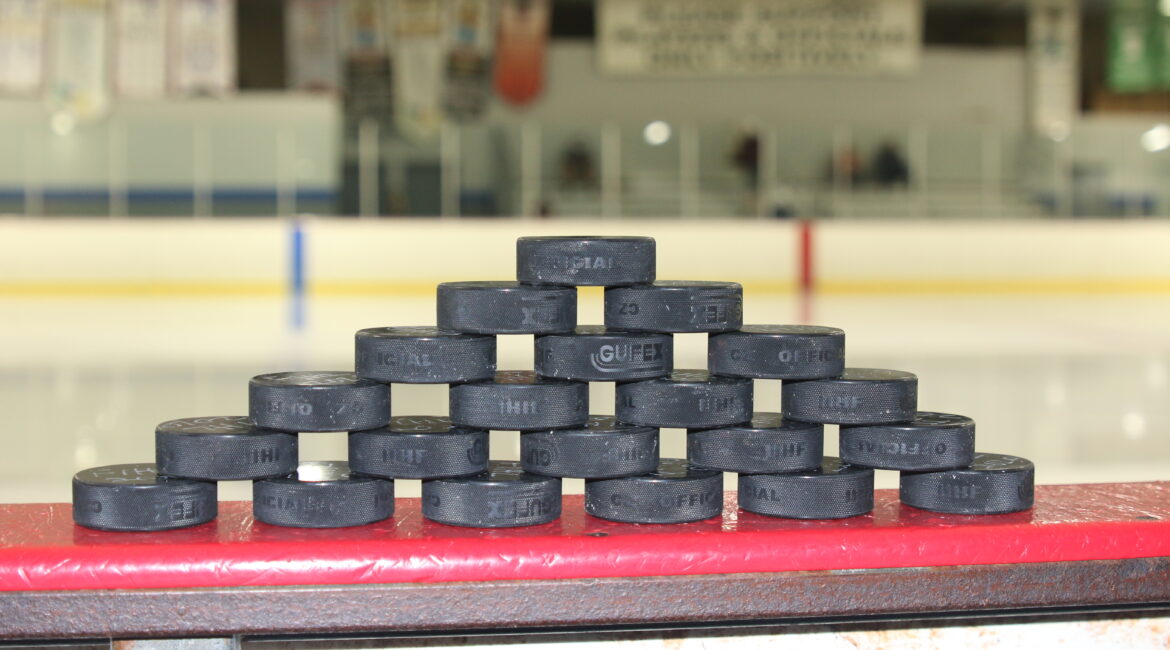 The Minute Men without the league’s top defense in the line up lose to Sharks while the Aces and Rays combine for an FIHL record 25 goals!!

In game one of the 14th Week of FIHL Season 2, the Sharks were up to the task of defeating the leagues top team, The Minute Men. It did not start that way though as the Minute Men scored three unanswered goals in the first period as Connor “The Mountain” Hill, (s) would score all three unassisted save for the first which was poked to him from behind his own net from Mario Romero. The period ended with the Minute Men up three nothing and the short handed Sharks were looking grim. This is the FIHL however and the anything can happen and the Sharks proved that as they score three unanswered goals themselves to start the second period–in the first three minutes! Lex Petrov would get the first one on a nice feed from Phenex Hauver, Jayveer Doad would score his first of four on the night next on a nice feed from the Sharks Captain, Matthew Clark. The third was scored by The Captain himself as he tipped in a Lex Petrov rebound. The Minute Men responded when Ryan “Big Foot” Compton scores on a wrap around goal and the Men are back in front. Late in the middle stanza is where Doad would tie the game with a power play goal, assist going to Clark. Doad then completes the hat trick with 20 seconds left on a break in unassisted that sent the puck behind Saunier and Doad flying into the back wall. The period ends 5-4 in favor of the Sharks. In the Third the FIHL’s best power play goes back to work again and Doad gets his fourth of the night, assisted by Christopher Chan. The Militia gets back within one when Brody Jamruk steals a puck in deep on the penalty kill and jams one past Otto for the shorty. The Men never got the chance to pull The Madd Tendy as the Sharks pressed hard and Phenex Hauver takes the Lex Petrov feed for the nail in the Minute Men coffin. Sharks beat Minute Men 7-5. The Sharks went 2 for 5 on the power play. This was the first game the Men played without the Dynamic Duo of Frontiero and Motta and while the Men fared well, they definitely missed the shut down D.

Game two was a Snipe Show as the two teams combined for twenty five goals in the wildest FIHL game ever. The players on both teams were having way too much fun at the goaltenders expenses but the team that ended up on top would be the Sting Rays. In the first it was a tight checked game with few goals scored. The Rays opened it up with Matt Babcock (s) combining with Chandler O’Dell for first blood. Six minutes later the Aces answered when Alex Macris scores a beauty, assist to Ferris. The Rays come back with a goal from Myles Bulmer, assisted by Babcock. Back to the Aces for the tieing goal, Ferris with his own snipe unassisted. Thirteen seconds later the Rays go up again on Bulmers second goal set up by new comer Evan Kirk and Aidan Lingo. The Period ends 3-2 Rays. In the Second Stanza it was two in a row for Chandler O’Dell and the Sting Rays, answered by two in a row for Michael Macris and the Aces. Bulmer puts the Rays up 6 to 4 with his hat trick score, only to have the Aces tie it up on tallies from Zachery Tate and Michael Macris’s hat trick goal. Both goals were set up by Jack “Frost” Zerfass. The Rays however would regain the lead mere seconds later as The Chan Man gets his hat trick goal on another sick snipe. Babcock makes it a two goal lead again on a short handed break away goal to make it 8 to 6. The Aces respond yet again with a power play goal by The Ferris Wheel of Love to cut it the Sting rays lead to one. Ferris gets his own hat trick with a minute to go and the game is tied at eight. The Sting Rays would strike in the waning seconds of the second however to regain the one goal lead when Aidan Lingo scores on a sick set up by Kirk and Bulmer. Period ends 9-8 Rays. The Aces come out swinging in the third period and tie the game on Michael Macris fourth goal of the game. The Rays answered with five unanswered goals and pound the Aces net. two more goals by Bulmer, two more from Chandler, and one from Aidan Lingo. The Aces would get another from Alex Macris but it was too little too late and the Rays put the icing on the cake with forty seconds left when Chandler pots his sixth of the night. A wild night of snipes at TBSA for an FIHL Record 25 goals in one game. With all that scoring there were eight power plays that were not scored on!