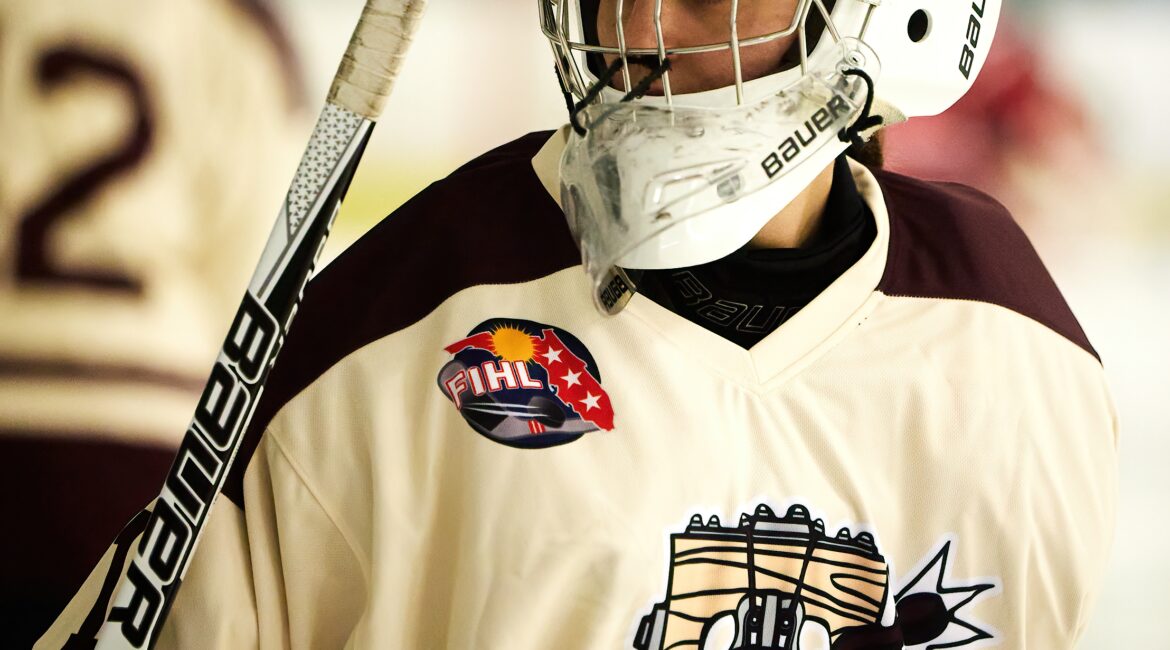 The FIHL returned to TBSA this week after the holiday weekend break with the customary two match night.

In Game one the Minute Men were looking to get a win streak going and hand the Sharks their first losing streak.  They would have to do it from behind if it were to happen as the Sharks would score the first two goals in the game to jump out to a 2-0 lead.  Newly minted Captain Andrew Shillings opened the scoring on a wrist shot that was set up by newly rostered Nolan Borek to get it rolling just under one minute into the game.  At the half way point Borek would catch a feed from Andre Bobowicz, who was returning off the IR list and rip it past Saunier for the second goal.  The Men battled back however scoring the next two in the last five minutes of the first stanza to tie it up.  Vlad Handjiev grabbed a rebound for the stuff in for the first goal and would then set up Wyatt Frontiero on the point for the blue line shot that seemed to have eyes as it sailed through Boardman.  Only one goal scored in the second stanza on a power play with Frontiero in the box for holding by Nathan Souza.  That goal along with a goal that was called back against the Minute Men would prove to be the difference as the teams both score three each in the third.  Souza would get another goal on a breakaway, followed by goals from Pontoni and Sieler.  Two goals in the third for Alex Noti and one for Nathan Behm from Calgary kept the Minute Men in the game but they never got even again.  The final score ends in favor of the Sharks, 6-5.

In game two, the Sting Rays fell to the Aces losing sole possession of 2nd place in the process.  The Aces jumped out to a 3-0 lead in the first period against a flat Rays club.  Jack Zerfass would get the third goal shooting in a rebound at the 3:01 mark for his first goal in the FIHL causing the Rays to call a time out to try and stop the bleeding.  The Rays never really got it going giving up two more goals within thirty seconds of each other in the second period and were quickly on the wrong end of a 5-0 score.  They finally got one back on a fade away backhander from Alex Myers for his sixth goal, of the season but the Aces came right back minutes later as Martinez would score his second of the game to keep it a five goal differential.  The teams would trade goals in the third period and the final score in the first penalty free game in FIHL history was 7-2.  Behm scored a hat trick in his second game of the night, while Devon Barkett left the game in the third for the Sting Rays with a lower body injury, also playing in his second game of the night. Both players are pool players for the FIHL.  Gavin Frost and William Johnston were the other goal scorers for the Aces and Sting Rays respectively.

Next weekend the FIHL will have have regular season games 23 and 24 at TBSA, followed by All Star Day on the 31st at CIA.  More news on that story and all the details tomorrow!  Until then, keep shooting!