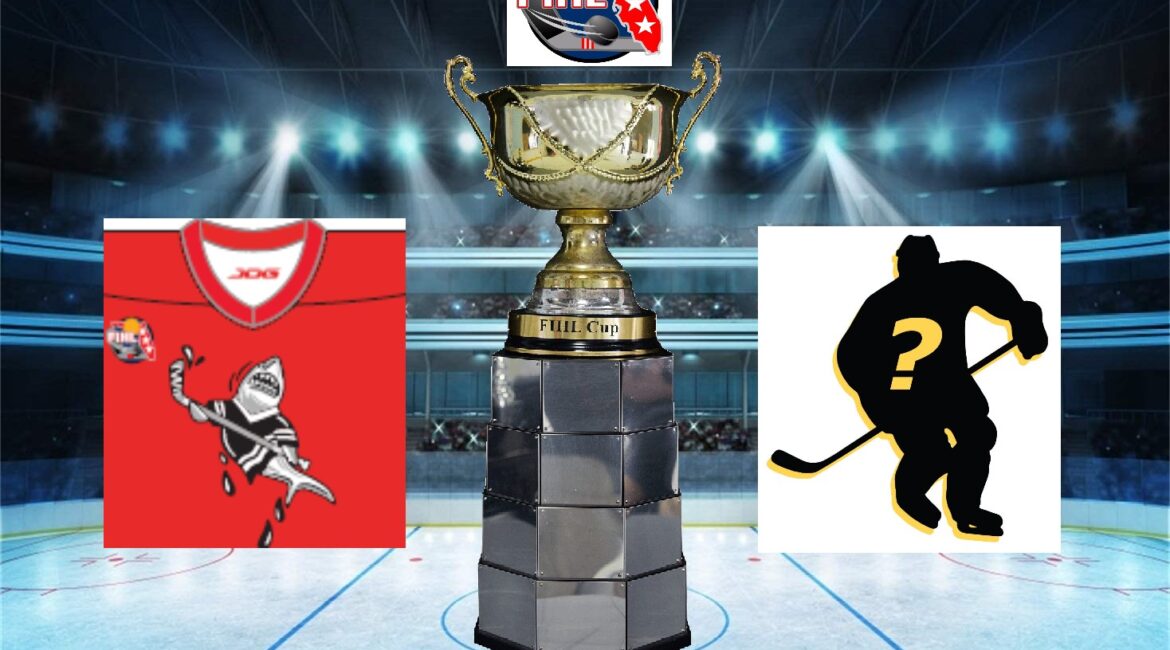 The FIHL playoffs kicked off last weekend with a simply magnificent game between the Sand Sharks and the Sting Rays with the first of their two games on the weekend.

In a game that saw the Sting Rays never get a lead, but tie the game four times, the Sand Sharks prevailed 8-7 after a game that was in the running for the game of the season. The Sharks jumped out to a 2-0 lead in the first on goals by Beaudy Beaudin and Joseph Culbertson. The Rays answered with two of three goals on the night for Erik Laflamme to make the first tie at two goals each early in the second period. Ryan Tanner would put the Sharks back on top with the games only power play goal, only to have Richard Poweska for the Rays tie it again at three. Cameron Smalley got the go ahead goal shortly thereafter, and the second period would end 4-3 in favor of the Sharks. Jacob Dunlap would score in the opening minutes of the third period to regain the two goal lead the Sharks once had in the first period. The Rays closed that again with goals from LaFlamme and Cook and we are all tied at five. Dunlap would answer two minutes later with his second on the night and the Sharks retake the lead, 6-5. Twenty five seconds later the Sharks once again open up a two goal lead on a goal by Cameron Smalley, making it 7-5 Sharks. The Rays would erase the two goal lead yet again and tie it when Chandler O’Dell gets on the board with his first two goals of the playoffs, and we are at 7-7. With just 4:30 left in the game Beaudy Beaudin would come in from the left side and snipe show the far pipe for the eventual game winner and the Sharks take game one.

In Game two it was not so close as the Sharks Jumped out to a 2-0 lead once again on Finn Smith’s second goal of the season and Gabe Dela Rosa first goal of the season. Very timely! The Rays did answer with a goal from Chandler O’Dell but Cameron Smalley quickly reopened the two goal lead with his third goal of the playoffs. The Rays brought it back within one on O’Dell’s fourth of the playoffs only to see the two goal lead regained on a power play goal scored by Joseph Culbertson. The stanza ends with the Sharks up 4-2. The teams would trade goals in the second period with the Sharks scoring first on a Andre Bobowicz goal and it is now a three goal lead. The Rays get back within two on a Ben Morgan goal but Beaudy Beaudin would ruin the trade off and re open the three goal lead with just :35 left in the period and it would end that session with the Sharks up 6-3. The battle continued as the Sting Rays never go away but the Sharks would score just past the halfway mark of the third on a power play from Cameron Smalley’s fourth goal of the playoffs for a commanding 7-3 lead with seven minutes remaining. Erik LaFlamme would score his fourth of the playoffs and despite the massive push and a pulled Cribbs from the net, the game–and the Sting Rays season comes to an end with a 7-4 Sharks win. In the series the Sand Sharks went 3 for 10 on the power play and the Sting Rays were 0 for 11. Shots were nearly even in the series, Sand Sharks registered 110 shots and the 105 for the Sting Rays. Three players had four goals in this series, Smalley for the Sharks, O’Dell and Laflamme for the Rays.

Aces vs Minute Men saw some crazy things in the series that made sure the series would need to be settled in a Game three matchup on June 5th at 7:15pm.

In game one it was a tightly checked affair with the Minute Men squeaking out a 1-0 lead on George Brkljacic’s first of four goals on the night, this one on a power play. The game was ripped wide open in the second by the Minute Men as they rattle off three unanswered goals before the Aces would answer. Wyatt Frontiero would score a shorthanded goal, followed by an Alex Noti goal, and a Maxwell Mondo tally. The Aces finally get theirs on a Jaxon Law score to make it 4-1, but the Minute Men get another three unanswered goals from Side Show Bob, as well as Max Mondo, and Wyatt Frontiero for their second goals of the game. This was followed by a 30 second sequence of events that left one player ejected, one player seeing stars and the Minute Men short handed much of the remainder of the second period. The Aces responded with two power play goals and an even strength goal to bring it to a 7-4 game. Nate Salazar and Gavin Frost get the power play goals and Andrew Klingel nailed a slapper from the blue line for the even strength goal. George Brkljacic added an eighth Minute Man goal with two minutes left and the second period ends 8-4. In the third period there was another player ejection and George Brkljacic would out score Josiah Martinez 2-1 to make the final score 10-5, and the Minute Men take game one.

In game two there would be more craziness as the Aces jumped out to a 2-0 lead on two power play goals scored by Nate Salazar. Kyle Fanelli would score right after the second Salazar goal to cut the lead in half and George Brkljacic, at the midway mark would score to tie it at 2–but a short handed goal by Josiah Martinez with :31 left in the stanza would give the Aces the lead back. End of one, 3-2 Aces. The teams would trade goals in the second period as Alex Noti would score thirty seconds into the period and the Aces Gavin Frost would score four minutes later to regain the one goal advantage. Max Mondo would tie the game back up with a nice jaunt out of the corner and around Costello for wrap up goal with 3:49 left in a second period that would end in a 4-4 tie. In the third, Kyle Fanelli would get his second of the game early and the Minute Men were in full blown protection mode. After a long delay on a missing puck that undoubtedly entered the net with two minutes remaining, no goal was awarded to the Aces and controversy again strikes the series. The Aces determined to not let it end this way, went right back to work and Josiah Martinez would indeed get the tying goal with thirty seconds left in the game. The players left the ice for the zam and the first ever FIHL Playoff OT commenced. It took only forty four seconds into the extra session for the Aces Jackson Fox to be the hero and ram home a rebound that guaranteed a game three to be played June 5th at 715PM.

Below is the updated Playoff Schedule. All Stats and results are logged into the site and up to date!