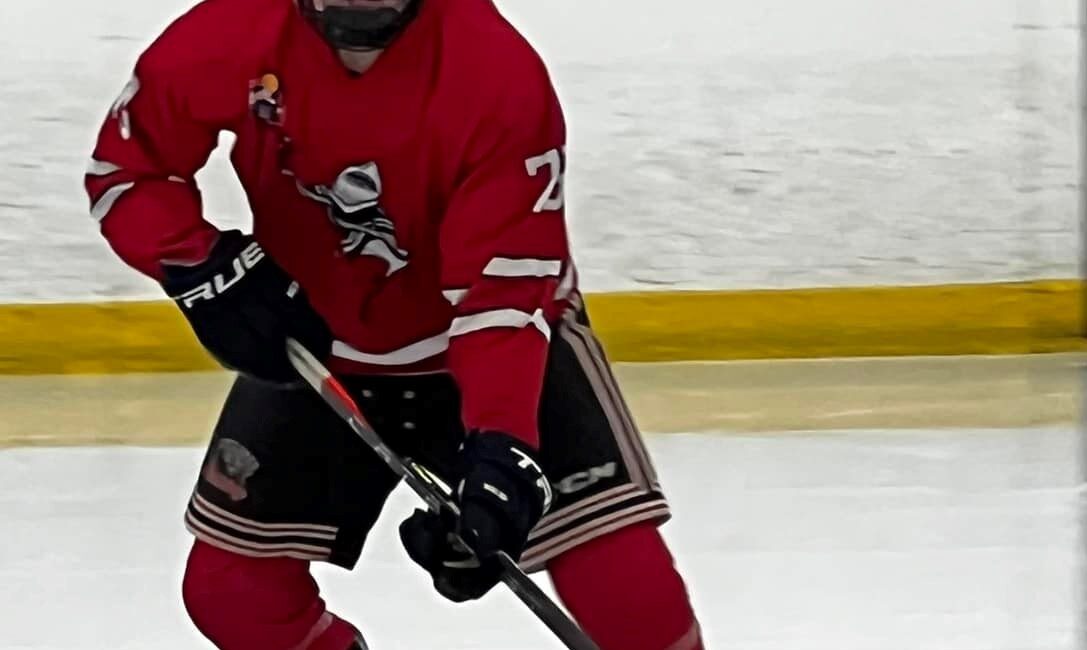 The Sand Sharks and Aces combined for eighteen goals in the opening salvo of the FIHL II “The Sequel” Finals. As advertised, the Sharks were led with the Dynamic Duo of Beaudy Beaudin and Lex “The Russian Renegade” Petrov as Lex set up Beaudin for four of his five tallies and Petrov potted one of his own as well. The Aces struggled early with offense and turnovers, then late with penalties but seemed to solve their Beaudy and Petrov problems in the third and surged with late goals, almost pulling off an amazing comeback.

We begin in the first period where the two teams both seemed hesitant, feeling each other out, and playing chess. It would be the Sharks scoring first at the thirteen minute mark when Beaudy Beaudin gets his first of the five he had tonight on a two on one with Lex Petrov. The duo combined for two more quick strikes and the three goals in less then three minutes put the Aces into a very quick hole. Andrew Cross and Juaquinn Frasquillo also assisted on those strikes. The Aces needed a quick answer to stay alive and got it when Jack Zerfass sent Connor Johnston Ferris on a rink long pass in all alone for the far pipe snipe. Five minutes later the Sharks took that goal back when Frasquillo fans on a shot from the point only to see it squibb just inside the short post past a sprawling Keegan Lentz who was expecting the cannon. Alex Macris answered that almost immediatley cutting the lead once again to two and the first period ends with the Sharks up 4-2.

In the Second stanza the scoring would be the same as the Sharks add four and the Aces add two. Just like the first period, posturing hockey took place until again, the thirteen-minute mark was broken with another Beadu Beaudin goal, giving him the hat trick and his team a three-goal lead once again. The goal was unassisted. The Aces battled back and got a quick answer to cut it back to two down when the Ferris Wheel rips a power play goal off of Nathan “The Milk Man” Salazar’s stick. No scoring until the Aces next goal with five and half left in the second period when The Milk Man fires home a CJF pass in the slot past Lentz and suddenly it is a one goal game. Jack Zerfass also assisting the goal. Once again however, the Sharks get three quick strikes in the final four minutes of the period. Beaudin starts it off with a shorthanded goal as he and Petrov force a turnover and make the Aces pay. With a minute to go, CJF inadvertently sets up a perfect one timer for Sharks Jayveer Doad in the slot trying to clear a face off to the right of Lentz. Beaudin would get his fifth and final goal of the game with just eleven ticks left on the tock and just like that, the Aces are down eight to four when minutes earlier, they were only down five to four. Both of those last two goals would come on the power play.

In the third both Beaudin and Petrov were silenced and the Aces would mount a comeback after giving the Sharks two more goals. Jayveer Doad would score another ripper from the circle and Frasquillo rips home his own rebound for the Sharks tenth goal and with ten minutes left, the Aces are in a six goal hole. Leah “Peanut” Klingel starts the rally when Timur “say it with me” Nogaibayeva makes a pretty pass to the blue line as Klingel steps into it and puts it top shelf for her first of two on the night. The rally continues when the Aves get a three goal flurry of their own between the six minute and three minute stanza of the period. Connor “The Mountain” Hill rips one short side on a broken play inside the Sharks zone, over the shoulder of Jacob Otto. Klingel picks up her second as the Aces start passing around the zone. She pulls the puck off the wall and dipsy doodles three Sharks before sniping Otto’s other shoulder and Shark fans who had headed for the exits, started to return to their seats. Two minutes later, Hill bangs one in off the far pipe and with three minutes left, the Aces are only down two. This is the FIHL and anything is possible, but the rally falls short and the Sharks hold on to seal game one.

The Sharks ended up going 3 for 7 on the power play and also scored two shorthanded goals. The Aces went 1 for 5 on their power play and also got two of their goals while Sharks big D man Phenex Hauver was in the box for twelve minutes. Going into game two, will the Aces be able to continue to shut down Beaudin and Petrov as they did in the third period? Will the Sharks get more scoring from other sources? Will either Goaltender show up!? All questions that will be answered in Game two which will be played Saturday Night at TBSA at 830pm. See you all there!!