Smalley looking to close the deal. 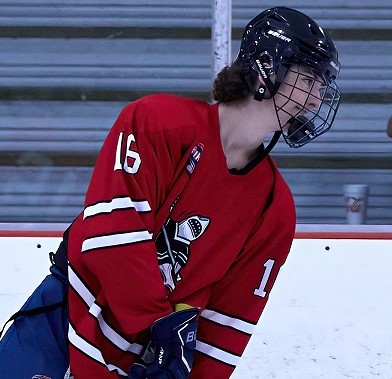 The Sand Sharks have a chance to close out the Aces in Game 4 of the FIHL Finals this Saturday Night at TBSA, 6pm.

The Sand Sharks have seen their fill of players with the rotating roster of the inaugural season. One player that has seen it all and can make the difference in Saturdays fateful game is Cameron Smalley. Smalley came to the FIHL as a pool player and ironically helped the Sting Rays hand the Sand Sharks their first loss of the 2020/2021 season back on January 9th, scoring two goals including a shorthanded tally. As the story goes, Smalley would end up a full time player on the Sharks and he now finds himself with the opportunity to lead his team into FIHL immortality.

Smalley checks into game four touting an impressive six goals, and four assists for ten points in the series, second only to Beaudy Beaudin who also has ten points but one more goal then Smalley. After the Sharks horrendous loss in game one, the two have been the difference between games two and three being a recovery vs a potential epic downfall of the mosaic season that is known as the Sand Sharks. Smalley has signed with the West Palm Typhoons for the upcoming 2021/2022 season but his mission is to finish the task at hand before making the leap to the next level.

The Aces will be looking to and calling upon the AAA club of Doyle, Klingle, and Zerfass to lock down the back end and shut down the potent offense that Smalley brings to the game and force a game five. It has been a long season, and as players are already lining up for FIHL II, one more–maybe two games remain on the docket and all eyes are on TBSA this Saturday. For Smalley and the Sharks, it is feeding time. The Aces are just looking to stay in the air one more game. One way or another the inaugural season that many people said could not be done, comes to a successful close no matter what happens. Be there!!