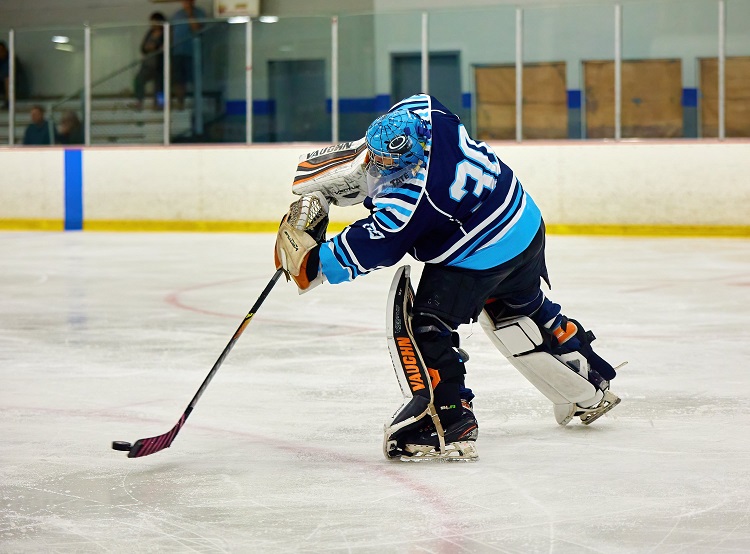 Philip Tate improves his league leading save percentage stopping 51 of 53 shots and the Sting Rays keep winning to claw up the standings.

Our first game of the night was the battle of the fish as the Sting Rays took on the Sand Sharks who despite their record, continue to improve their game play. The Sting Rays would end up with a fast start, scoring on their first shift of the game with a goal from league leader Chandler O’Dell but scoring would not happen again for half a period when the Rays took a two nothing lead. Matthew Kramer would unleash a wicked wrister from the blue line that sailed over Sean Gaffney’s glove and into the net, unassisted. The Rays make it 3-0 two minutes later when O’Dell gets his second on the night and his 39th tally of the season. Logan Brann and Evan Kirk on the set ups. One minute later the Sharks respond finally with a Lex Petrov ripper off a Joaquinn Frasquillo feed. Petrov would get another goal before the stanza closes to make it a one goal game after some nice passing from Hunter Chace and Phenex Hauver. The period ends 3-2 for the Rays. Only one goal in the second as Evan Kirk nails down a goal from Joey Poweska and Chandler O’Dell and the Rays reopen the lead to two goals and the period ended 4-2 Rays. In the third period, it was back and forth with both goaltenders stopping everything until a plethora of penalties leads to two Sting Rays goals in one minute with about seven minutes to go. Noah Gawel and Evan Kirk get the goals and that closes the scoring and the game for the Sting Rays 5th straight win. The Rays go 2 for 8 on the PP while the Sharks were 0 for 4.

In Game two it was a tale of three shows. Show number one was the Minute Men and their traveling puck possession show, out shooting the Aces 2 to 1 for the first two period, only to have show number two stymie every shot. Philip Tate who now owns a glistening .921 save percentage for the best in the FIHL, stopped all 42 shots faced in those periods. Show number three would be the Aces Ferris Wheel of Love as he would score three break away goals in those periods as he managed to take advantage of puck luck and bad changes by the Minute Men. Ferris would also set up Alex Macris for his own break away goal as well and heading into the third period it would be 4-0 Aces. In the third period The Minute Men finally started to mount a comeback when Scotty the Body Mezack would jam home a puck lodged under Tate on the power play. That would be followed by an Alex Noti goal minutes later and it looked like the Men were ready storm back. Aces sub Connor Hill would answer two minutes later for the nail in the coffin as the rest of the game would be a rope a dope by the Aces as the Minute Men could not find the domination they had prior to the Connor Hill goal. So it ended with an Aces win and take over of first place in the FIHL, with a final score of 5-2. The Aces were a woeful 0 for 11 on the PP and the Minute Men were 1 for 7 as the two teams combined for sixty seven minutes in penalties.

The FIHL is off this weekend as players are scattered about playing in various Presidents Day tournaments and will return the weekend of the 26th and 27th will a full slate of games and practices.