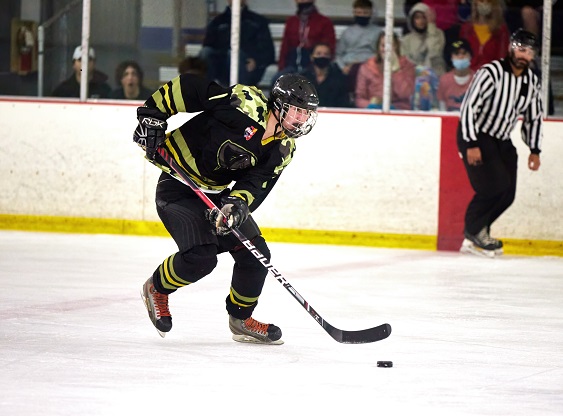 As the FIHL rolls into the Thanksgiving break, we have a tale of two teams for a week seven recap. Team one would be the Aces who have found themselves well nestled into first place thanks to a four game win streak. This weeks victim would be the Sand Sharks who were without their leading scorer in Jayveer Doad. While the game boasted of a 7-0 win and the second ever FIHL shutout–both by Aces goaltenders in just a four week span, it was a game that always had an open door for the Sharks. The Aces out shot the Sharks 53-23 and cashed in on one of their two power plays, but it was only a 3-0 lead half way thru the game. In the FIHL, that means nothing. The MBI, (Macris Bros Inc.) continues to rip murderous trails around FIHL ice and that dubious Broccoli Chopping accomplice, Connor Johnston-Ferris, seems to always be around them when they are. Ferris and the Macris boys combined for five of the Aces seven tallies, scoring one in the first, two in the second and two in the third. Gus Komarek had the second goal of the game and new comer Claudia Amis tallied a nice back door feed from Ferris in the second period for the other Aces scores. The Sand Sharks were 0/2 on the power play and had their chances, but Keegen Lentz nails down the door and lets nothing in to secure the second ever FIHL shut out.

In game two The Sting Rays battled hard as they were missing a few key players and have now lost five straight games. This week the Minute Men were the culprits but this game was much closer then the first as the two teams played a tight checking affair. Brenden Burgess would score first for the Militia, unassisted as his shot is squeezed hard by Ty Schmidt but drops out of his jersey and across the line to draw first blood. It was the only score of the first period despite a late power play attempt by the Rays. In the second period the Rays took the lead on two unanswered goals. Logan Brann knocked in a goal off a nice play by Joshua Guay to tie it and then Chandler O’Dell would take advantage of his nemesis being in the box, and snipe the go ahead off a great Joey Poweska feed. The nemesis would emerge from the box however and tie the game back up just minutes later. Wyatt Frontiero takes two steps in the zone and sails one over the shoulder of a sleeping Cribbs. To be fair, video review clearly shows the play was offsides, and Cribbs may have been expecting a whistle. We headed to the third tied at two with lesson learned, play till you hear a whistle. In the third it was three unanswered goals by the Minute Men. The first was just two minutes in and the last two were in the last three minutes of the game as the Sting Rays began to take chances to try and tie the game. Jonny Motta made a circus act goal for the opener, scoring on a diving backhander on his own rebound, top corner. After fifteen minutes of tight checked hockey Frontiero opened it up with an end to end signature goal for the insurance. With a minute or so to go, Frontiero feeds Alex Noti for the wide open back door nail in the coffin goal and this one ends 5-2, Minute Men. The Sting Rays went one for five on the power play, The Men zero for one. Madison Saunier gets the W and with two games under her belt leads the FIHL in save percentage.

Schedule changes will be made and updated for next weekends games in the next day or so, keep your eyes out for that bulletin email but until those games, Happy Thanksgiving and eat safe!!