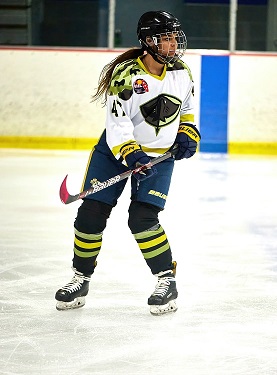 This week starts the round two matchups for the first four teams of the FIHL. In game one which drops the puck at 7:15 pm at TBSA, Madisen Natter (pictured), and the Sting Rays will be looking to exact some form of revenge on the first place Sand Sharks for the opening night drubbing. Fresh off a solid win over the Minute Men last week, the Sting Rays expect a much different outcome. “We are coming together and may have a little more help this week as well as we are looking to sign two more skaters. I fully expect a much, much, better game Saturday,” said Coach Guay.

Both games promise to be very exciting matchups as we begin the first round of rematches. We hope all come out and enjoy the games!