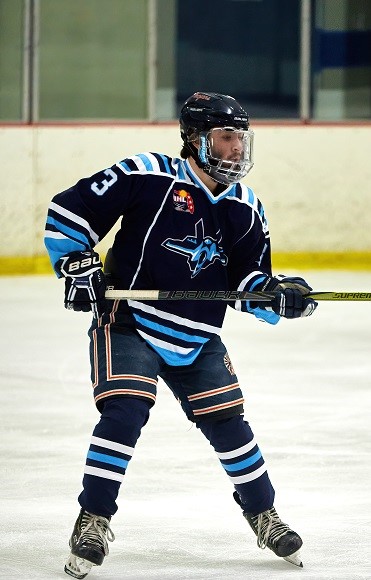 The FIHL continued its inaugural season on Saturday, October 24 with the Sand Sharks taking on the Minute Men and the Sting Rays versus the Aces at Ellenton Ice and Sports Complex.

In the second game, the Aces defeated the Sting Rays 5-4 in a close matchup that saw each goaltender challenged as the Sting Rays put up 45 shots while the Aces had 38. The Aces took a 4-2 lead into the third period, but the Sting Rays fought back with two goals in the final period while the Aces added a goal to hold onto the lead. Josiah Martinez had the hatty and Gavin Frost netted two goals for the Aces. The Sting Rays’ William Johnston provided two goals, while Erik LaFlamme had one goal (shorthanded) and one assist.

The Split the Pot winning ticket for this week was 073191 and is worth $220.00!! If no one claims the prize it will roll over into Week Three. Hats and Shirt sales are much appreciated and we have more products coming as we seek to have the website swag shop up and running very soon with a full array of products for your FIHL fetish!

Next week will be the FIHL Halloween Spookdracula at TBSA as the Sting Rays look for their first win of the season against the Minute Men and the Aces look to battle the Sand Sharks for the first time. The FIHL will looking for treats not tricks as the Inaugural season continues to roll out in style! Live from FIHL Head Quarters and Goose Pond Studios, for Karis Fedor, I am your humble correspondent, Dekes Fiveil!